A recent National Poetry Month feature in The Washington Post presented AI-generated artwork alongside five original poems reflecting on seasons of the past year.

A recent National Poetry Month feature in The Washington Post presented AI-generated artwork alongside five original poems reflecting on seasons of the past year.

Created by the Lede Lab — an experimental news team at The Post dedicated to exploring emerging technologies and new storytelling techniques — the artwork combined the output of machine learning models including NVIDIA StyleGAN2. Developed by NVIDIA Research, StyleGAN is a popular AI for high-res image generation that’s been adopted for art exhibits, manga illustrations and reimagined historical portraits.

Running on NVIDIA GPUs in the cloud, StyleGAN2 was trained on scanned images of brush strokes and palette knife textures painted by the group’s designer, Shikha Subramaniam.

The team also used the open-source AttnGAN model to create generative art that responded line by line to each of the five commissioned poems in the piece. Combined, the outputs from both models created a series of abstract videos to accompany the text.

As readers scroll through the interactive feature, the dynamic AI-generated artwork morphs to reflect each line of the poems — in one case shifting from colorful to monochrome and back again. 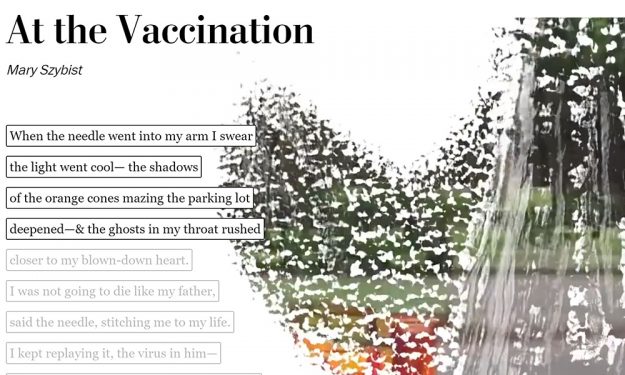 “Anxiously watching the coronavirus spread across the globe, we missed sharing so much with others, including the four seasons with their shifts in color and temperature,” wrote Suzette Moyer, senior design editor at The Post. The poems — authored by Mary Szybist, Dorianne Laux, Ada Limón, Kazim Ali and Willie Perdomo — are “hopeful works about the seasons we missed and the days we can look forward to.”