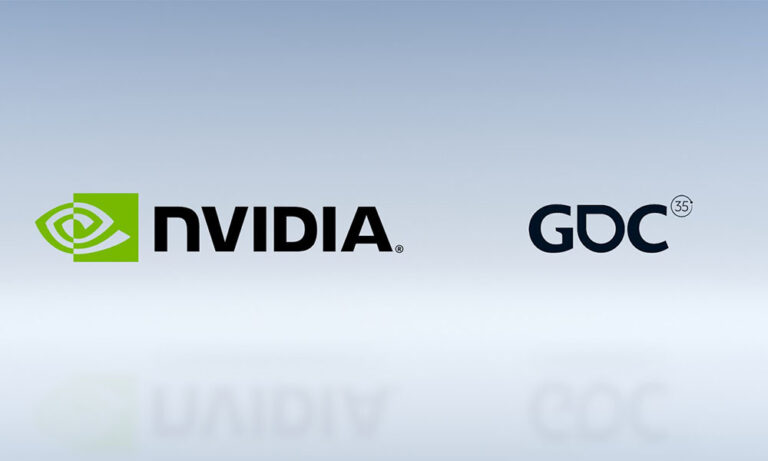 Increasingly, game developers are making full use of real-time ray tracing and AI in their games. As a result, more gamers than ever are enjoying the beautifully realized lighting and AI-boosted images that you can only achieve with NVIDIA technology. At GDC 2021, NVIDIA’s updates, enhancements, and platform compatibility expansions enable RTX to be turned ON for a larger base than ever before.

NVIDIA RTX enables game developers to integrate stunning real-time ray traced lighting into games. Now, NVIDIA ray tracing and AI are making their premiere on Arm and Linux systems.
Arm processors are the engines inside of billions of  power-efficient devices. Linux is an extensively adopted open-source operating system with an avid user base. Together, these two platforms offer a massive new audience for ray tracing technology. To show our commitment to nurturing the Arm and Linux gaming ecosystems, NVIDIA has prepared a demo of Wolfenstein: Youngblood and Amazon’s Bistro scene running RTX on an Arm-based MediaTek processor.

Real-time ray tracing elevates game visuals to new heights with dynamic, physically-accurate lighting running at interactive frame rates. Though the results of ray tracing are stunning, the process is computationally expensive and can put a strain on memory availability in hardware. To alleviate this heavy cost, NVIDIA is releasing a new open source ray tracing SDK, RTX Memory Utility (RTXMU), built to optimize and reduce memory consumption of acceleration structures. 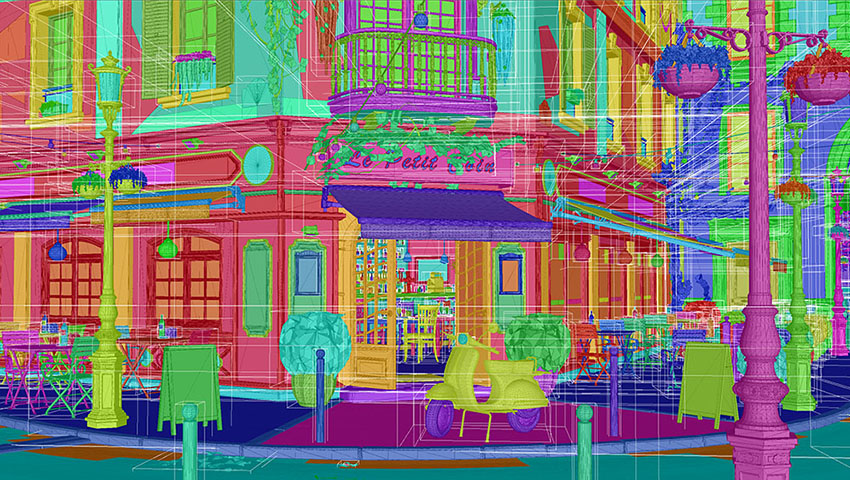 RTXMU uses sophisticated compaction and suballocation techniques that eliminates wasted memory, resulting in a roughly 50% reduction in memory footprint. By freeing this space, larger and more robust ray tracing worlds can be built than ever before.

RTXMU is easy to integrate, provides immediate benefits, and is available today.

Learn how to get started with RTXMU here.

Dive into the details of RTXMU in the developer blog.

A new DLSS update brings support for games running natively on Linux, alongside support for Vulkan API games on Proton introduced in June 2021. Arm support for DLSS has been announced as well. This update also brings a host of customizable options for both users and developers. New features include a Sharpening Slider that enables user-specific sharpening preferences, an Auto Mode that calibrates DLSS to the optimal quality given a particular resolution,  and an Auto-Exposure Option that can improve image quality in low-contrast scenes.

Furthermore, accessing DLSS has been streamlined, and an application is no longer required to download DLSS SDK 2.2.1. DLSS is a game-changing software, and integrating it has never been easier. Learn more about  using DLSS in NVIDIA’s DLSS Overview GDC session.

Read more about Linux and Arm support, new customizable options, and how to access DLSS in the DLSS 2.2.1 developer blog.

NVIDIA makes it easy for Unreal Engine developers to use RTX and AI in their games with the NvRTX branch, which adds RTX Direct Illumination (RTXDI), RTX Global Illumination (RTXGI), and DLSS to Unreal Engine 4.26 and Unreal Engine 5. Enhancing the game development ecosystem with support like NvRTX is incredibly important to NVIDIA; read more about how NVIDIA strives to empower game creation here.

Delve into how NVIDIA integrates ray tracing support into Unreal Engine with the NvRTX branch, solving ray tracing challenges on our end so that implementation is seamless and intuitive in the hands of developers. Watch the NvRTX Technical Overview GDC session.

Learn about how RTXDI and RTXGI in the NvRTX branch collaborate with a variety of Unreal Engine tools to enable artists to create ray traced scenes and effects. Watch the NvRTX Artists Guide GDC session.

Omniverse Accelerates Game Development to the Speed of Light

For game development, NVIDIA Omniverse offers the ultimate platform for cross-collaboration between the library of applications and development teams that must work in unison to push a game from concept to credits. Omniverse is a powerful collaboration tool that enables seamless communication and so much more — providing engines for simulation, ray traced rendering, and AI development to name a few. Learn about NVIDIA Omniverse’s extensive feature list and everything the platform can offer to game creation in the Omniverse at GDC blog.

Watch NVIDIA’s Omniverse Game Development GDC session, covering how to connect your favorite industry tools to the Omniverse Nucleus as well as how to use Extensions to build custom tools for the workflow.

Learn even more about Omniverse here.

NVIDIA Nsight enables developers to build and profile state-of-the-art games and applications that harness the full power of NVIDIA GPUs. Announced at GDC is a new serving of Nsight Developer Tools to improve the debugging and optimization process, learn more about these new additions in the Nsight Tools update blog.

Ensuring that the GPU is being fully utilized when performing ray tracing tasks can be challenging. Explore how Nsight and other NVIDIA Developer Tools allow for optimizing and debugging GPU performance in the Nsight: Developer Tools GDC session.

Watch a demo of NSight Graphics in action below.

Take a closer look at our game development SDKs and developer resources here.