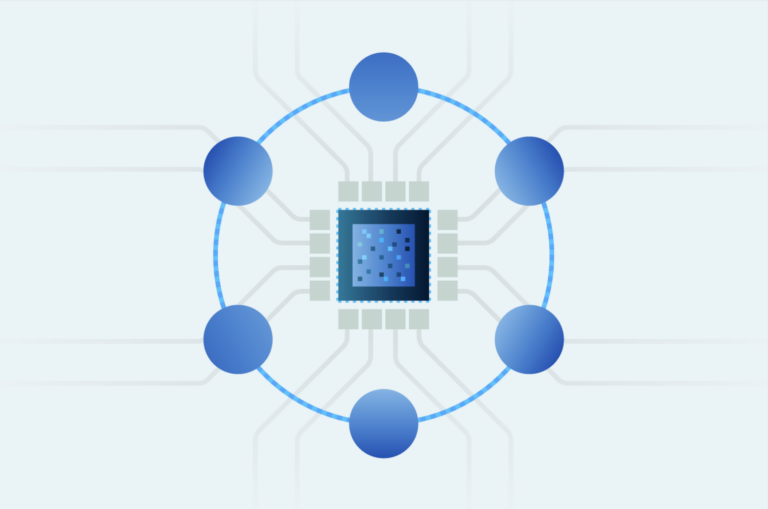 In this post, we explore a cutting-edge approach for processing Cassandra SSTables by parsing them directly into GPU device memory using tools from the RAPIDS ecosystem. This will let users reach insights faster with less initial setup and also make it easy to migrate existing analytics code written in Python.

In this first post of a two-part series, we will take a quick dive into the RAPIDS project and explore a series of options to make data from Cassandra available for analysis with RAPIDS. Ultimately we will describe our current approach: parsing SSTable files in C++ and converting them into a GPU-friendly format, making the data easier to load into GPU device memory.

If you want to skip the step-by-step journey and try out sstable-to-arrow now, check out the second post.

RAPIDS is a suite of open source libraries for doing analytics and data science end-to-end on a GPU. It emerged from CUDA, a developer toolkit developed by NVIDIA to empower developers to take advantage of their GPUs.

RAPIDS takes common AI / ML APIs like pandas and scikit-learn and makes them available for GPU acceleration. Data science, and particularly machine learning, uses numerous parallel calculations, which makes it better-suited to run on a GPU, which can “multitask” at a few orders of magnitude higher than current CPUs (image from rapids.ai):

Once we get the data on the GPU in the form of a cuDF (essentially the RAPIDS equivalent of a pandas DataFrame), we can interact with it using an almost identical API to the Python libraries you might be familiar with, such as pandas, scikit-learn, and more, as shown in the images from RAPIDS below:

Note the use of Apache Arrow as the underlying memory format. Arrow is based on columns rather than rows, causing faster analytic queries. It also comes with inter-process communication (IPC) mechanism used to transfer an Arrow record batch (that is a table) between processes. The IPC format is identical to the in-memory format, which eliminates any extra copying or deserialization costs and gets us some extremely fast data access.

The benefits of running analytics on a GPU are clear. All you want is the proper hardware, and you can migrate existing data science code to run on the GPU simply by finding and replacing the names of Python data science libraries with their RAPIDS equivalents.

How do we get Cassandra data onto the GPU?

Over the past few weeks, I have been looking at five different approaches, listed in order of increasing complexity below:

First, I will give a brief overview of each of these approaches, and then go through comparison at the end and explain our next steps.

This approach is quite simple because you can use existing libraries without having to do too much hacking. We grab the data from the driver, setting session.row_factory to our pandas_factory function to tell the driver how to transform the incoming data into a pandas.DataFrame. Then, it is a simple matter to call the cudf.DataFrame.from_pandas function to load our data onto the GPU, where we can then use the RAPIDS libraries to run GPU-accelerated analytics.

The following code requires you to have access to a running Cassandra cluster. See the DataStax Python Driver docs for more info. You will also want to install the required Python libraries with Conda:

This step is identical to the previous one, except we can switch out pandas_factory with the following arrow_factory:

We can then fetch the data and create the cuDF in the same way.

However, both of these two approaches have a major drawback: they rely on querying the existing Cassandra cluster, which we don’t want because the read-heavy analytics workload might affect the transactional production workload, where real-time performance is key.

Instead, we want to see if there is a way to get the data directly from the SSTable files on the disk without going through the database. This brings us to the next three approaches.

Probably the simplest way to read SSTables on disk is to use the existing Cassandra server technologies, namely SSTableLoader. Once we have a list of partitions from the SSTable, we can manually transform the data from Java objects into Arrow Vectors corresponding to the columns of the table. Then, we can serialize the collection of vectors into the Arrow IPC stream format and then stream it in this format across a socket.

The code here is more complex than the previous two approaches and less developed than the next approach, so I have not included it in this post. Another drawback is that although this approach can run in a separate process or machine than the Cassandra cluster, to use SSTableLoader, we first want to initialize embedded Cassandra in the client process, which takes a considerable amount of time on a cold start.

Use a custom SSTable parser

To avoid initializing Cassandra, we developed our own custom implementation in C++ for parsing the binary data SSTable files. More information about this approach can be found in the next blog post. Here is a guide to the Cassandra storage engine by The Last Pickle, which helped a lot when deciphering the data format. We decided to use C++ as the language for the parser to anticipate eventually bringing in CUDA and also for low-level control to handle binary data.

We plan to start working on this approach once the custom parsing implementation becomes more comprehensive. Taking advantage of GPU vectorization should greatly speed up the reading and conversion processes.

At the current stage, we are mainly concerned with the time it takes to read the SSTable files. For approaches 1 and 2, we can’t actually measure this time fairly, because 1) the approach relies on additional hardware (the Cassandra cluster) and 2). There are complex caching effects at play within Cassandra itself. However, for approaches 3 and 4, we can perform simple introspection to track how much time the program takes to read the SSTable file from start to finish.

As the graph shows, the custom implementation is slightly faster than the existing Cassandra implementation, even without any additional optimizations such as multithreading.

Given that data access patterns for analytical use cases usually include large scans and often reading entire tables, the most efficient way to get at this data is not through CQL but by getting at SSTables directly. We were able to implement a sstable parser in C++ that can do this and convert the data to Apache Arrow so that it can be leveraged by analytics libraries including NVIDIA’s GPU-powered RAPIDS ecosystem. The resulting open-source (Apache 2 licensed) project is called sstable-to-arrow and it is available on GitHub and accessible through Docker Hub as an alpha release.

We will be holding a free online workshop, which will go deeper into this project with hands-on examples in mid-August! Sign up here if you are interested.

If you are interested in trying out sstable-to-arrow, look at the second blog post in this two-part series and feel free to reach out to seb@datastax.com with any feedback or questions.