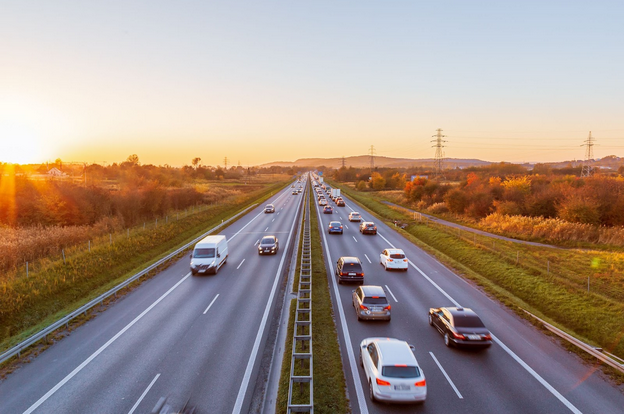 The new NVIDIA congestion control algorithm—Round-Trip Time Congestion Control (RTTCC)—allows ZTR to scale to thousands of servers without compromising performance. Using ZTR and RTTCC allows data center operators to enjoy ease-of-deployment and operations together with the superb performance of Remote Direct Memory Access (RDMA) at a massive scale, without any switch configuration.

This post describes the previously recommended RoCE congestion control in large and small-scale RoCE deployments. It then introduces a new congestion control algorithm that allows configuration-free, large-scale implementations of ZTR, which perform like ECN-enabled RoCE.

As noted in the NVIDIA Zero-Touch RoCE Technology Enables Cloud Economics for Microsoft Azure Stack HCI post, Microsoft has validated ZTR for their Azure Stack HCI platform, which typically scales to a few dozen nodes. In such environments, ZTR relies on implicit packet loss notification, which is sufficient for small-scale deployments. Adding a new Round Trip Timer (RTT)-based congestion control algorithm, ZTR becomes even more robust and scalable without relying on packet loss to notify the server of network congestion.

Timing packets (green network packets in the preceding figure) are periodically sent from the initiator to the target. The timing packets are immediately returned, enabling measurement of round-trip latency. RTTCC measures the time interval between when the packet was sent and when the initiator received it. The difference (Time Received – Time Sent) measures round-trip latency which indicates path congestion. Uncongested flows continue to transmit packets to utilize the available network path bandwidth best. Flows showing increasing latency imply path congestion, for which RTTCC throttles traffic to avoid buffer overflow and packet drops.

Network traffic can be adjusted either up or down in real-time as congestion decreases or increases. The ability to actively monitor and react to congestion is critical to enabling ZTR to manage congestion proactively. This proactive rate control also results in reduced packet re-transmission and improved RoCE performance. With ZTR-RTTCC, data center nodes do not wait to be notified of packet loss; instead, they actively identify congestion prior to packet loss and react accordingly, notifying initiators to adjust transmission rates.

As noted earlier, one of the key benefits of ZTR is the ability to provide RoCE functionality while operating simultaneously with non-RoCE communications in ordinary TCP/IP traffic. ZTR provides seamless deployment of RoCE network capabilities. With the addition of RTTCC actively monitoring congestion, ZTR provides data center-wide operation without switch configuration. Read on to see how it performs.

As shown in Figure 2, ZTR with RTTCC provides application performance comparable to RoCE when ECN and PFC are configured across the network fabric. These tests were performed under worst case many-to-one (in cast) scenarios to simulate the throughput under congested conditions.

The results indicate that not only does ZTR with RTTCC scale to thousands of nodes, but it also performs comparably to the fastest RoCE solution currently available.

To configure ZTR with the new RTTCC algorithm, download and install the latest firmware and tools for your NVIDIA network interface card and perform the following steps.

Reset the device using mlxfwreset or reboot the host:

When you complete these steps, ZTR-RTTCC is used when RDMA-CM is used with Enhanced Connection Establishment (ECE, supported with MLNX_OFED version 5.1).

If there’s an error, you can force ZTR-RTTCC usage regardless of RDMA-CM synchronization status:

We encourage you to test ZTR with RTTCC for your application use cases by downloading the latest NVIDIA software.