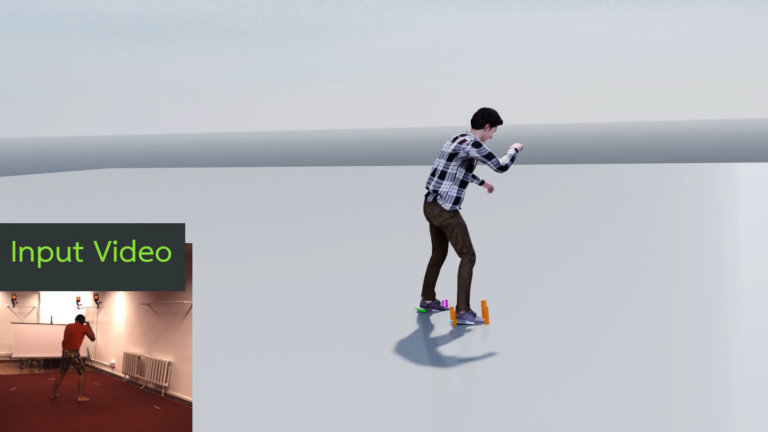 NVIDIA researchers developed a framework to build motion capture animation without the use of hardware or motion data by simply using video capture and AI.

Researchers from NVIDIA, the University of Toronto, and the Vector Institute have proposed a new motion capture method foregoing the use of expensive motion-capture hardware. It uses only video input to improve past motion-capture animation models.

YouTuber and graphics researcher Dr. Károly Zsolnai-Fehér breaks down the research on this innovative technology in his YouTube series: Two Minute Papers. This video highlights how the researchers can capture individuals using AI solely through video input to translate it into a digital avatar. They can then give the avatar a physics simulation to negate the conventional challenges of foot sliding and temporal inconsistencies or flickering. Check out the video below:

“In this paper, we introduced a new framework for training motion synthesis models from raw video pose estimations without making use of motion capture data,” Kevin Xie explains in the paper.

“Our framework refines noisy pose estimates by enforcing physics constraints through contact invariant optimization, including computation of contact forces. We then train a time-series generative model on the refined poses, synthesizing both future motion and contact forces. Our results demonstrated significant performance boosts in both, pose estimation via our physics-based refinement, and motion synthesis results from video. We hope that our work will lead to more scalable human motion synthesis by leveraging large online video resources.”