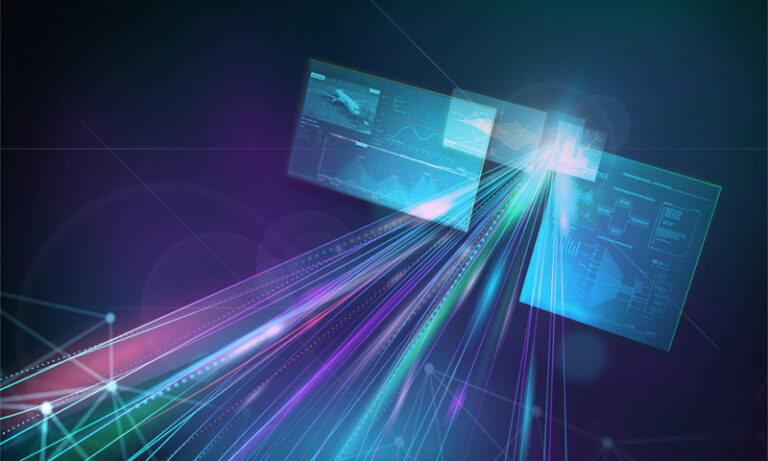 The applications of video analytics are changing right before your eyes. With AI applied to video analytics, it is now possible to keep a watch over hundreds of cameras in real time.

Transportation monitoring systems, healthcare, and retail have all benefited greatly from intelligent video analytics (IVA). DeepStream is an IVA SDK. DeepStream enables you to attach and detach video streams in runtime without affecting the entire deployment.

This post discusses the details of stream addition and deletion work with DeepStream. I also provide an idea about how to manage large deployments centrally across multiple isolated datacenters, serving multiple use cases with streams coming from many cameras.

The NVIDIA DeepStream SDK is a streaming analytics toolkit for multisensor processing. Streaming data analytics use cases are transforming before your eyes. IVA is of immense help in smarter spaces. DeepStream runs on discrete GPUs such as NVIDIA T4, NVIDIA Ampere Architecture and on system on chip platforms such as the NVIDIA Jetson family of devices.

DeepStream has flexibility that enables you to build complex applications with any of the following:

DeepStream application can have multiple plug-ins, as shown in Figure 1. Each plug-in as per the capability may use GPU, DLA, or specialized hardware.

DeepStream is fundamentally built to allow deployment at scale, making sure throughput and accuracy at any given time. The scale of any IVA pipeline depends on two major factors:

This post helps you in understanding the following aspects of stream management:

As the application grows in complexity, it becomes increasingly difficult to change. A well-thought-out development strategy from the beginning can help a long way. In the next section, I discuss different ways to develop a DeepStream application briefly. I also discuss how to manage streams/use-case allocation and deallocation and consider some of the best practices.

DeepStream enables you to create seamless streaming pipelines for AI-based video, audio, and image analytics. DeepStream gives you the choice of developing in C or Python, providing them more flexibility. DeepStream comes with several hardware-accelerated plug-ins. DeepStream is derived From Gstreamer and offers and unified API between Python and C language.

Python and C API for DeepStream are unified. This means any application developed in Python can be easily converted to C and the reverse. Python and C provide all the levels of freedom to the developer. With DeepStream Python and C API, it is possible to design dynamic applications that handle streams and use-cases in runtime. Some example Python applications are available at: NVIDIA-AI-IOT/deepstream_python_app.

The DeepStream SDK is based on the GStreamer multimedia framework and includes a GPU-accelerated plug-in pipeline. Plug-ins for video inputs, video decoding, image preprocessing, NVIDIA TensorRT-based inference, object tracking, and display are included in the SDK to make the application development process easier. These features can be used to create multistream video analytics solutions that are adaptable.

Plug-ins are the core building block with which to make pipelines. Each data buffer in-between the input (that is, the input of the pipeline, for example, camera and video files) and output (for example, the screen display) is passed through plug-ins. Video decoding and encoding, neural network inference, and displaying text on top of video streams are examples of plug-ins. The connected plug-in constitutes a pipeline.

Pads are the interfaces between plug-ins. When data flows from one plug-in to another plug-in in a pipeline, it flows from the Source pad of one plug-in to the Sink pad of another. Each plug-in might have zero, one, or many source/sink components.

The earlier example application consists of the following plug-ins:

Each plug-in can have one or more source and sink pads. In this case, when the streams are added, the Gst-Uridecodebin plug-in gets added to the pipeline, one for each stream. The source component from each Gst-Uridecodebin plug-in is connected to each sink component on the single Nv-streammux plug-in. Nv-streammux creates batches from the frames coming from all previous plug-ins and pushes them to the next plug-in in the pipeline. Figure 3 shows how multiple camera streams are added to the pipeline.

Buffers carry the data through the pipeline. Buffers are timestamped, contain metadata attached by various DeepStream plug-ins. Buffer carries information such as how many plug-ins are using it, flags, and pointers to objects in memory.

DeepStream applications can be thought of as pipelines consisting of individual components plug-ins. Each plug-in represents a functional block like inference using TensorRT or multistream decode. Where applicable, plug-ins are accelerated using the underlying hardware to deliver maximum performance. DeepStream’s key value is in making deep learning for video easily accessible, to allow you to concentrate on quickly building and customizing efficient and scalable video analytics applications.

DeepStream provides sample implementation for runtime add/delete functionality in python and C language. The samples are located at the following locations:

To start with the sample applications, follow these steps.

To create a Python-based application

To create a C-based application

DeepStream Python or C applications usually take input streams as a list of arguments while running the script. After code execution, a sequence of events takes place that eventually adds a stream to a running pipeline.

Here, you use the uridecodebin plug-in that decodes data from a URI into raw media. It selects a source plug-in that can handle the given scheme and connects it to a decode bin.

Here’s the list of sequence that takes place to register any stream:

The following code example shows the minimal code in Python to attach multiple streams to a DeepStream pipeline.

In a more organized application, these lines of code responsible for stream addition are shifted to a function that takes two arguments to attach a stream: stream_id and rtsp_url. You can call such a function anytime and append more streams to the running application.

Similarly, when the stream must be detached from the application, the following events take place:

The following code example shows a minimal code for Python and C to detach streams from a DeepStream pipeline.

Earlier, I discussed how to add and remove streams from the code. There are a few more factors, considering the deployment aspect.

Previously, you took all the input streams with command-line arguments. However, after the program is executed and while it is in deployment, you cannot provide any additional argument to it. How do you pass instructions to the running program on which stream to attach or detach?

Deployment required additional code that takes care of periodically checking whether there are new streams available that must be attached. The following streams should be deleted:

In the case of multiple data centers for stream processing, give priority to the stream source nearest to the data center.

The DeepStream pipeline runs in the main thread. A separate thread is required to check for the stream to be added or deleted. Thankfully, Glib has a function named g_timeout_add_seconds. Glib is the GNU C Library project that provides the core libraries for the GNU system and GNU/Linux systems, as well as many other systems that use Linux as the kernel.

g_timeout_add_seconds (set) is a function to be called at regular intervals when the pipeline is running. The function is called repeatedly until it returns FALSE, at which point the timeout is automatically destroyed, and the function is not called again.

For example, you call a function watchDog and it takes GSourceBinList. A dictionary map between streamURL and streamId. streamId is an internal ID (Integer) that gets generated after the stream is added to the pipeline. The final caller function looks like the following code example:

As per the current interval setting, the watchDog function is called every 10 seconds. A database must be maintained to manage and track many streams. Such an example database table is shown in Table 1. The function watchDog can be used to query a database where a list of all the available streams against their current state and use case is maintained.

Here’s an example of the bare minimum database structure (SQL/no-SQL) needed to manage many streams at the same time:

Maintaining a schema as described enables easy dashboard creation and monitoring from a central place.

Returning to the watchDog function, here’s the pseudo-code to check for the stream state and attach a new video stream according to the location and use cases:

Figure 4 shows the overall flow of the functional calls required to efficiently add remove camera stream and attach to the server running with an appropriate model.

However, many of the plug-ins use batch size as a parameter during initialization to allocate compute/memory resources. In this case, we recommend specifying maximum batch size while executing the application. Table 2 shows a few such plug-in examples:

You can explicitly change the property when the number of streams is detected. To manually tweak the properties of the plug-in at runtime, use the set_property function in Python and C or the g_object_set function in C.