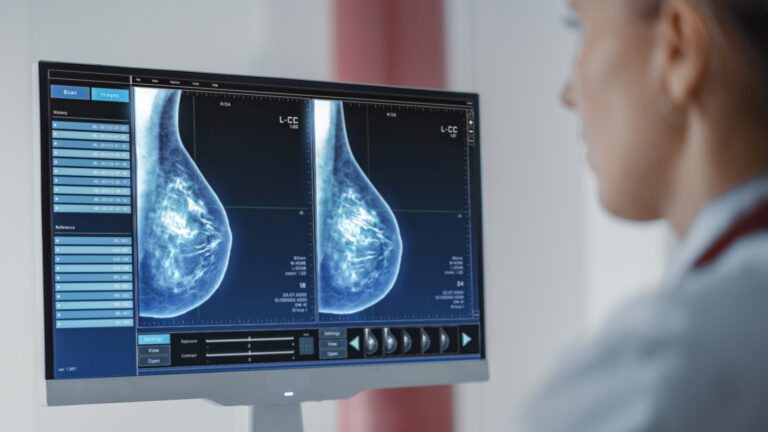 Researchers create a new AI algorithm that can analyze mammography scans, identify whether a lesion is malignant, and show how it reached its conclusion.

A recently developed AI platform is giving medical professionals screening for breast cancer a new, transparent tool for evaluating mammography scans. The research, creates an AI model that evaluates the scans and highlights parts of an image the algorithm finds relevant. The work could help medical professionals determine whether a patient needs an invasive—and often nerve-wracking—biopsy.

“If a computer is going to help make important medical decisions, physicians need to trust that the AI is basing its conclusions on something that makes sense,” Joseph Lo, professor of radiology at Duke and study coauthor said in a press release. “We need algorithms that not only work, but explain themselves and show examples of what they’re basing their conclusions on. That way, whether a physician agrees with the outcome or not, the AI is helping to make better decisions.”

One in every eight women in the US will develop invasive breast cancer during their lifetime. When detected early, a woman has a 93 percent or higher survival rate in the first 5 years.

Mammography, which uses low-energy X-rays to examine breast tissue for diagnosis and screening, is an effective tool for early detection, but requires a highly skilled radiologist to interpret the scans. However, false negatives and positives do occur, resulting in missed diagnosis and up to 40% of biopsied lesions being benign.

“Our idea was to instead build a system to say that this specific part of a potential cancerous lesion looks a lot like this other one that I’ve seen before,” said study lead and Duke computer science Ph.D. candidate Alina Barnett. “Without these explicit details, medical practitioners will lose time and faith in the system if there’s no way to understand why it sometimes makes mistakes.”

Using 1,136 images from 484 patients within the Duke University Health System, researchers trained the algorithm to locate and evaluate potentially cancerous areas. This was accomplished by training the models to identify unhealthy tissue, or lesions, which often appear as bright or irregular shapes with fuzzy edges on a scan.

Radiologists then labeled these images, teaching the algorithm to focus on the fuzzy edges, also known as margins. Often associated with quick-growing cancerous breast tumor cells, margins are a strong indicator of cancerous lesions. With these carefully labeled images, the AI can compare cancerous and benign edges, and learn to distinguish between them.

The AI model uses the cuDNN-accelerated PyTorch deep learning framework and can be run on two NVIDIA P100 or V100 GPUs.

The researchers found the AI to be as effective as other machine learning-based mammography models, but it holds the advantage of having transparency in its decision-making. When the model is wrong, a radiologist can see how the mistake was made.

According to the study, the model could also be a useful tool when teaching medical students how to read mammogram scans and for resource-constrained areas of the world lacking cancer specialists.

The code from the study is available through GitHub.