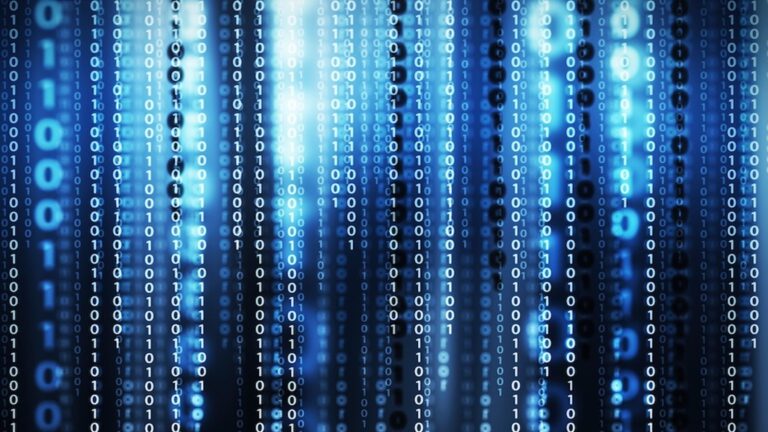 This post details CUDA’s new int128 support and how to implement decimal fixed-point arithmetic on top of it.

“Truth is much too complicated to allow anything but approximations.” — John von Neumann

The history of computing has demonstrated that there is no limit to what can be achieved with the relatively simple arithmetic implemented in computer hardware. But the “truth” that computers represent using finite-size numbers is fundamentally approximate. As David Goldberg wrote, “Squeezing infinitely many real numbers into a finite number of bits requires an approximate representation.” Floating point is the most widely used representation of real numbers, implemented in many processors, including GPUs. It is popular due to its ability to represent a large dynamic range of values and to trade off range and precision.

Unfortunately, floating point’s flexibility and range can cause trouble in applications where accuracy within a fixed range is more important: think dollars and cents. Binary floating point numbers cannot exactly represent every decimal value, and their approximation and rounding can lead to accumulation of errors that may be unacceptable in accounting calculations, for example. Moreover, adding very large and very small floating-point numbers can result in truncation errors. For these reasons, many currency and accounting computations are implemented using fixed-point decimal arithmetic, which stores a fixed number of fractional digits. Depending on the range required, fixed-point arithmetic may need a larger number of bits.

NVIDIA GPUs do not implement fixed-point arithmetic in hardware, but a GPU-accelerated software implementation can be efficient. In fact, RAPIDS cuDF library has provided efficient 32- and 64-bit fixed-point decimal numbers and computation for a while now. But some users of RAPIDS cuDF and GPU-accelerated Apache Spark need the higher range and precision provided by 128-bit decimals, and now NVIDIA CUDA 11.5 provides preview support of the 128-bit integer type(int128) that is needed to implement 128-bit decimal arithmetic.

In this post, after introducing CUDA’s new int128 support, we detail how we implemented decimal fixed-point arithmetic on top of it. We then demonstrate how 128-bit fixed-point support in RAPIDS cuDF enables key Apache Spark workloads to run entirely on GPU.

NVIDIA GPUs compute integers in 32-bit quantities, so 128-bit integers are represented using four 32-bit unsigned integers. The addition, subtraction, and multiplication algorithms are straightforward and use the built-in PTX addc/madc instructions to handle multiple-precision values. Division and remainder are implemented using a simple O(n^2) division algorithm, similar to Algorithm 1.6 in Brent and Zimmermann’s book Modern Computer Arithmetic, with a few optimizations to improve the quotient selection step and minimize correction steps.One of the motivating use cases for 128-bit integers is using them to implement decimal fixed-point arithmetic. 128-bit decimal fixed-point support is included in the 21.12 release of RAPIDS libcudf. Keep reading to find out more about fixed-point arithmetic and how __int128 is used to enable high-precision computation.

The basic idea behind fixed-point numbers is that even though the values being represented can have fractional digits (aka the 0.23 in 1.23), you actually store the value as an integer. To represent 1.23, for example, you can construct a fixed_point number with scale = -2 and value 123. This representation can be converted to a floating point number by multiplying the value by the radix raised to the scale. So in our example, 1.23 is produced by multiplying 123 (value) by 0.001 (10 (radix) to the power of -2 (scale)). When constructing a fixed-point number, the opposite occurs and you “shift” the value so that you can store it as an integer (with the floating point number 1.23 you would divide by 0.001 if you were using scale -2 (0.001 (10 (radix) to the power of -2 (scale))).

Note that fixed-point representations are not unique because you can choose multiple scales. For the example of 1.23, you can use any scale less than -2, such as -3 or -4. The only difference is that the number stored on disk will be different; 123 for scale -2, 1230 for scale -3 and 12300 for scale -4. When you know that your use case only requires a set number of decimal places, you should use the least precise (aka largest) scale possible to maximize the range of representable values. With scale -2 the range is roughly -20 to +20 million (with two decimal places), whereas with scale -3 the range is roughly -2 to +2 million (with three decimal places). If you know you are modeling money and you don’t need three decimal places, scale -2 is a much better option.

Another parameter of a fixed-point type is the base. In the examples in this post, and in RAPIDS cuDF, we use base 10, or decimal fixed point. Decimal fixed point is the easiest to think about because we are comfortable with decimal (base 10) numbers. The other common base for fixed-point numbers is base 2, also known as binary fixed point. This simply means that instead of shifting value by powers of 10, the scale shifts a value by powers of 2. You can see some examples of binary and decimal fixed-point values later in the “Examples” section.

In contrast, when using fixed-point representations, an integer is used to store the exact value. To represent 1.1 using a fixed-point number with a scale equal to -1, the value 11 is stored.  Arithmetic operations are performed on the underlying integer, so adding 1.1 + 1.1 as fixed-point numbers simply adds 11 + 11 yielding 22, representing the value 2.2 exactly

Why is fixed-point arithmetic important?

As shown in the example preceding, fixed-point arithmetic avoids the precision and rounding errors inherent in floating point numbers while still providing the ability to represent fractional digits. Floating point provides a much larger range of values by keeping relative error constant. However, this means it can suffer from large absolute (truncation) errors when adding very large and very small numbers and run into rounding errors. Fixed-point representation always has the same absolute error at the cost of being able to represent a reduced range of values. If you know you need a specific precision after the decimal/binary point, then fixed point allows you to maintain accuracy of those digits without truncation even as the value grows, up to the limits of the range. If you need more range, you have to add more bits. Hence decimal128 becomes important for some users.

The core of the RAPIDS libcudf `fixed_point` type is a simple class template.

The fixed_point class is templated on:

The decimal32 and decimal64 types use int32_t and int64_t for the Rep, respectively and both have Radix::BASE_10. The scale is a strongly typed run-time variable (see Run-Time Scale and Strong Typing subsections below, etc).

The fixed_point type has several constructors (see Ways to Construct subsection below), explicit conversion operators to cast to both integral and floating point types, and a full complement of operators (addition, subtraction, etc.).

The following (simplified) constructors are provided in libcudf:

Where Rep is a signed integer type and T can be either an integral type or floating-point number.

There are a number of design goals for libcudf’s fixed_point type. These include:

These design motivations are detailed below.

While RAPIDS libcudf is a C++ library that can be used in C++ applications, it is also the backend for RAPIDs cuDF, which is a Python library. Python is an interpreted (rather than compiled, like C++) language. Moreover, cuDF must be able to read or receive fixed-point data from other data sources. This means that we do not know the scale of the fixed-point values at compile time. Therefore we need to have the fixed_point type in RAPIDS libcudf that has a run-time scale parameter.

The main library we referenced was CNL, the Compositional Numeric Library by John McFarlane that is currently the reference for an ISO C++ proposal to add fixed-point types to the C++ standard. We aim for the RAPIDS libcudf fixed_point type to be as similar as possible to the potentially standardized type. Here’s a simple comparison between RAPIDS libcudf and CNL.

The most important difference to notice here is the -2 as a template (aka compile-time parameter) in the CNL example versus the scale_type{-2} as a run-time parameter in the RAPIDS libcudf example.

Strong typing has been incorporated into the design of the fixed_point type. Two examples of this are:

RAPIDS libcudf adheres to strong typing best practices and strongly typed APIs because of the protection and expressivity strong typing provides. I won’t go into the rabbit hole of weak compared to strong typing, but if you would like to read more about it there are many great resources, including Jonathon Bocarra’s Fluent C++ post on How typed C++ is, and why it matters.

RAPIDS libcudf 21.12 adds decimal128 as a supported fixed_point type. This required a number of changes, the first being the addition of the decimal128 type alias that relies on the __int128 type provided by CUDA 11.5.

This required a number of internal changes, including updating type traits functions, __int128_t specializations for certain functions, and adding support so that cudf::column_view and friends work with decimal128. The following simple examples demonstrate the use of libcudf APIs with decimal128 (note, all of these examples work the same for decimal32 and decimal64).

A simple currency example uses the decimal32 type provided by libcudf with scale -2 to represent exactly $17.29:

Fixed point is very useful when summing both large and small values. As a simple toy example, the following piece of code sums the powers of 10 from exponent -2 to 9.

Where decimal_type is a 32-bit base-10 fixed-point type. You can see an example of this using the CNL library on Godbolt here.

An example of where floating-point values run into issues (in C++) is the following piece of code (see in Godbolt):