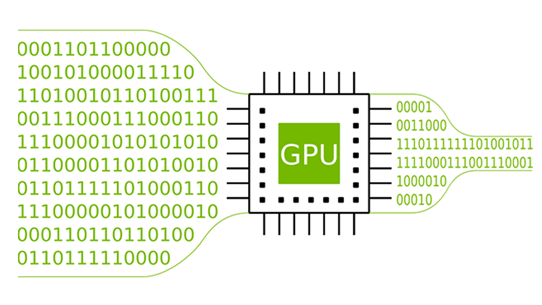 Compression can improve performance in a variety of use cases such as DL workloads, databases, and general HPC. On the GPU, compression can accelerate inter-GPU communications for collaborative workflows. It can increase the size of datasets that a single GPU can handle by compressing data before it’s stored to global memory. It can also accelerate the data link between the CPU and GPU.

The NVIDIA nvCOMP library enables you to incorporate high-performance GPU compression and decompression in your applications. The library provides a set of unified APIs that allow you to quickly swap compression formats to achieve best performance on your datasets with minimal changes to code.

With nvCOMP, you can quickly and easily experiment with different algorithms to find the one with the best performance for your use case. In recent releases, we’ve updated nvCOMP to further improve and unify the interfaces. As of the newly released version 2.2, we provide an easy-to-use, high-level C++ API and a versatile low-level batch C API. In this post, we cover both interfaces in detail. You also learn how to use them effectively and when you should choose one over the other.

The high-level API is easier to use and abstracts the work of exposing parallelism to the GPU. It is most useful when you have to compress a contiguous buffer into a contiguous, compressed buffer. This works well, for example, when compressing a buffer before sending it over a network or saving it to disk.

The following examples use the high throughput GDeflate compression format. GDeflate is deflate-like and can be mapped efficiently to data parallel architectures, such as GPUs. It is a good starting point if you that don’t have constraints on the compression format to use.

To get started, construct the desired Manager class. Each Manager constructor has a unique set of arguments; however, a few arguments are generally shared. All subclasses allow construction with a specified stream ID to use for all kernels and memory transfers. You can also specify the device ID to use. If you don’t specify values for these two arguments, the default stream and device are used.

Another common input is the uncompressed chunk size. This is used during compression to split the buffer into independent chunks for processing. Larger chunk sizes typically lead to higher compression ratios at the expense of less parallelism exposed to the GPU. A good starting chunk size is 64 KB, but feel free to experiment with these values to explore the associated tradeoffs for your datasets.

Manually setting the scratch buffer may be desirable to control the memory allocation scheme used for this allocation. If you’re OK with the default, we suggest skipping this step and enabling the nvcompManager object to handle the allocation.

This buffer is reused for all compression and decompression operations that nvcompManager performs. If the nvcompManager object allocates the scratch buffer, it is freed when the object is destroyed.

The configuration step only requires the size of the input-uncompressed buffer. You must allocate a GPU-accessible memory buffer of at least this size to serve as the result buffer for the compression routine. With this information, compression can be performed, as shown in the following code example:

You can also queue up additional compressions on the GPU.

To do this, use the create_manager API declared in nvcompManagerFactory.hpp. This synchronous API takes as input the compressed buffer along with optional stream and device IDs.

If you already have the information about how the buffer was compressed, you can construct a new manager using that configuration as described earlier. You can also reuse the same nvcompManager object that was used for compression to perform decompression. These approaches have the advantage that they don’t require synchronizing the stream.

Specifically, backpropagation-based training involves computing activation maps during the forward pass and then reusing them in the computation of the backward pass. These activation maps are large and relatively sparse, making them good fits for compression. Use the gdeflate_manager to compress the maps and hold in memory the compressed buffers and the CompressionConfig objects from each layer of the network. This enables fully asynchronous backpropagation, including decompression.

You can also configure the decompression using the compressed buffer if you don’t have the CompressionConfig object that was used. This is a synchronous operation that must perform a cudaMemcpyAsync operation from the device. All synchronization is on the stream specified in the nvcompManager constructor and is not device-wide.

As with compression, you can queue many decompression items at one time before synchronizing the stream.

Finally, there are two types of error checking in the high-level API: std::runtime_error exceptions and checking the nvcompStatus_t value.

If any CUDA APIs fail, these raise std::runtime_error exceptions. You can catch these in your application or leave them unhandled, in which case your application fails with a descriptive error message of what went wrong. This can happen if, for example, the output buffer that you provided was of insufficient size or wasn’t accessible on the GPU.

The second form of error-checking is to check the nvcompStatus_t value in the CompressionConfig or DecompressionConfig object. This status is set during the associated kernel call. Corrupt input buffers and other errors trigger it.

The low-level API provides a C API for more advanced workflows. The low-level API simultaneously compresses and decompresses batches of independent chunks that you provided. It’s up to you to chunk the data and to provide a sufficient number of chunks to exploit the GPU’s parallel processing capabilities.

This is the most efficient way to process the data if you have many independent, discontiguous buffers. The low-level API avoids the workload of packing the resulting compressed chunks into a single contiguous-compressed buffer. It also avoids the compression ratio overhead associated with saving information about how the buffer was compressed as in the high-level API.

This workflow fits well with database applications, for example, where you tend to have many independent columns to compress or decompress. This API is used in RAPIDS and in the NVIDIA Spark implementation.

For compression in the low-level API, you must allocate a temporary scratch buffer. The temporary buffer is similar to that described in the high-level API. However, the buffer size is dependent on the size of the input buffer so it must be redefined and possibly reallocated with each new set of user inputs.

Next, the maximum size of a compressed chunk in the batch should be computed. This allows you to allocate a collection of result buffers. In the following example, batch_size is the number of chunks to process. The device array of result pointers is constructed in pinned host memory before copying to the device.