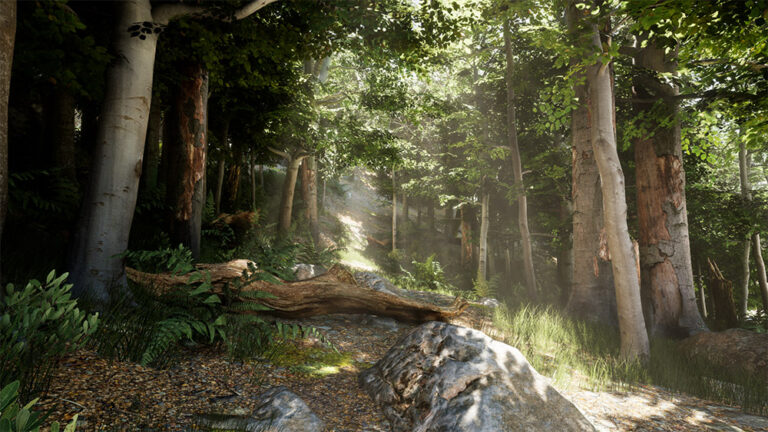 This feature-rich branch is fully compatible with Unreal Engine 5, and contains all of the latest developments from NVIDIA in the world of ray tracing.

The NVIDIA Branch of Unreal Engine 5 (NvRTX 5.0) is now available. This feature-rich branch is fully compatible with Unreal Engine 5 and has all of the latest developments in the world of ray tracing.

NVIDIA makes it easy for developers to add leading-edge technologies to their Unreal Engine games and applications through custom branches on GitHub. With NvRTX 5.0, developers can leverage RTXGI, RTXDI, and other improvements to ray tracing, such as shadow mismatching when using Nanite.

NvRTX is an engaging and interactive solution for developers to create stunning visuals and enhance ray tracing developments on any DirectX ray tracing (DXR) capable GPU.  With these custom branches, developers are able to pick and choose which NVIDIA technologies they want to take advantage of in the games and applications.