Delivering an endless stream of content to players in a live service game is an enormous undertaking. Managing that responsibility while staying graphically competitive is a herculean feat.

The fidelity bar is constantly being raised. Most games released in 2018 didn’t support real-time ray-tracing. Now, it’s a feature that players expect in cutting-edge games, and it’s been integrated into a wide range of titles. Justice – NetEase’s popular Chinese MMO – runs on an engine that debuted in 2012, but the game is beautiful by 2020 standards. This is thanks to talented artists, smart engine design, and the integration of real-time ray tracing and DLSS.

NVIDIA: What is the development team size for Justice? 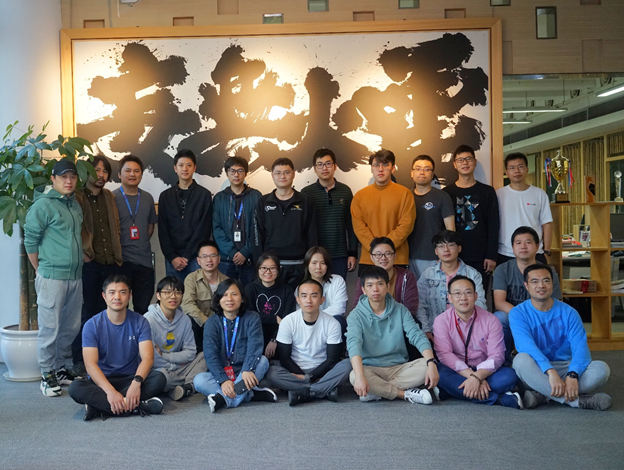 NVIDIA: Why did you decide to add ray traced effects into the game?

Qian: Applying ray tracing technology into the real-time rendering field, especially the gaming field, has always been the dream of our game developers, but it was impossible to achieve before due to the performance limitation. In 2018, NVIDIA launched the first RTX GPU, which paved the way for this dream to become true, and we did not hesitate to decide trying it in Justice.

NVIDIA: A lot of developers starting out with real-time ray tracing struggle with performance because they try to make everything reflective. Do you have any advice on materials to use when building an environment that will be ray traced?

Qian: There are still many optimization methods. For example, materials with high roughness in the scene do not need to participate in raytracing. In addition, if the game engine is based on the Deferred Rendering architecture, rays can be emitted in the screen space based on the GBuffer information to reduce the times of ray bouncing.

NVIDIA: How long did it take to add RTXGI to your game? What does RTXGI do to improve the look of the game?

Qian: Before integration of RTXGI, we have already completed the DX12 upgrade to our game engine and RT & DLSS integration. With these works done, adding RTXGI to the game is an easy task, which took about 2 weeks to finish. RTXGI solves some problems of traditional GI: light leaking and excessively long baking time, and it supports dynamic light sources, which greatly improves the expressiveness of the scene.

NVIDIA: What were your team’s biggest personal learnings about real-time ray tracing from working on Justice?

Qian: First of all, if there is a breakthrough in technology, there must be sufficient accumulation. Secondly, the combined team effort is very important. Without the close cooperation among our team members and the dedicated collaboration with NVIDIA China team, this could not be possible.

NVIDIA: How were you able to balance computationally expensive real-time ray tracing features with performance?

Qian: Justice is an MMO open world game, RT features are now available to several suitable scenes, which can achieve a good balance between image quality and performance. And of course, with the help of the killer app: DLSS, we will gradually open more and more RT scenes later.

NVIDIA: Did you experience any bottlenecks or challenges when incorporating real-time ray tracing into the demo? If so, how did you overcome them?

Qian: As the first in-house game engine which integrated RTX function in China, there were tons of difficulties and challenges. For more than 2 months, our entire team basically only slept 3 or 4 hours a day. There were endless tech issues left to be solved. Here I would like to take this chance to thank the NVIDIA China team for their generous help, helping us overcome difficulties one by one, and we finally made it to achieve today’s accomplishment.

NVIDIA: What has been made easier for your team with the integration of real-time ray tracing and DLSS into your pipeline?

Qian: It`s the advanced architecture of our engine. We can adopt RT and DLSS with only minor modifications to the render pipeline. Instead, DX12 API upgrade took the largest workload during the whole RTX development progress.

Qian: From the perspective of artists, it brings out a brand-new content creation pipeline and a better, richer visual quality. And from a game design perspective, RT can bring whole new gameplay elements.

NVIDIA: How has your audience responded to the new look of your game, after real-time raytracing and DLSS has been added?

Qian: Players are very excited. They are fully affirmed for the performance of RT and DLSS. You can see this from Weibo and Baidu Tieba gamer communities. There are also many feedbacks from overseas players on YouTube. Of course, after being stage RTX content on GTC China2018 and CES2019 of Jensen`s Keynote, we were so confident on China game content being accepted world widely.

NVIDIA: If you had built the game from the ground up with real-time ray tracing and DLSS in mind, what would you have done differently?

Qian: We probably consider having DX12 API support in our engine in the first place.

NVIDIA: Are you planning to release any other games with real-time ray tracing and DLSS?

NVIDIA: What real-time ray tracing effect in Justice are you most excited for your players to see?

Qian: All RT features can bring out more realistic representation of the game world. The most exciting one among them must be ray tracing reflections. 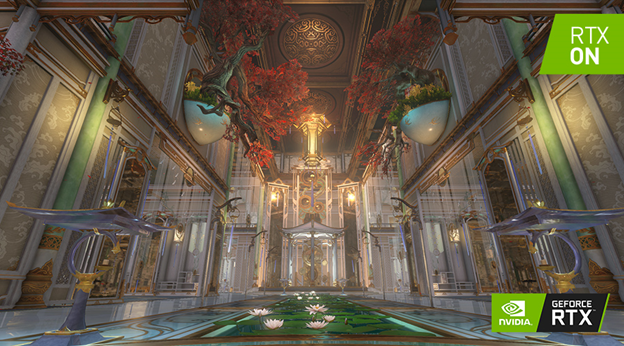 NVIDIA: What advice would you give to other developers who are building live service games, and want to keep their games looking competitive graphically?

Qian: Our strategy is to provide players with the best experience regardless it’s still in development or has been released to the public. Therefore, as long as it is a technology that can enhance the player’s gaming experience, we will go all out to implement it in game. And of course, first of all, you should have a good engine with relatively good extensibility, because none of us knows what an advanced technology will look like in the future.

NVIDIA: Can you talk about any future plan you want to incorporate NVIDIA technology into Justice (such as NVIDIA Real-Time Denoiser, RTX Direct Illumination, etc.)?

Qian: In terms of technology, we have always been radical, and we will constantly push various new tech features, including those you mentioned. As long as these technologies can improve our players’ experience, we`ll work on it.

NVIDIA: What made you decide on integrating the latest ray tracing technology which no games have tried before, e.g. releasing the first real-time RTX demo in China and the first RTXGI powered game in the world?

Qian: I will summarize here, mainly two points: 1) It fulfills the dream that real time ray tracing that can be applied to the game field; 2) We think these technologies can bring our players a better game experience.

NVIDIA: Adding ray tracing effects into an in-house game engine could be more challenging than using existing commercial engines. If so, what are the challenges and what are the strengths of Justice’s engine?

Qian:I think the difficulties are the same, but the difficulty of using commercial engines has been solved by others. For in-house engine we must overcome these difficulties by ourselves. As I said before, in this matter, the biggest challenge was to upgrade the engine to DX12, because when we designed this engine 8 years ago, DX12 had not yet been released, and its features were unforeseen at the time. Another big challenge is how to balance between RT effects and performance. Fortunately, our team has very rich experience in independent research, and our engine architecture also has full freedom of horizontal and vertical expansion capabilities. NVIDIA China content team also gave us very strong support. Eventually, these tasks were successfully accomplished.