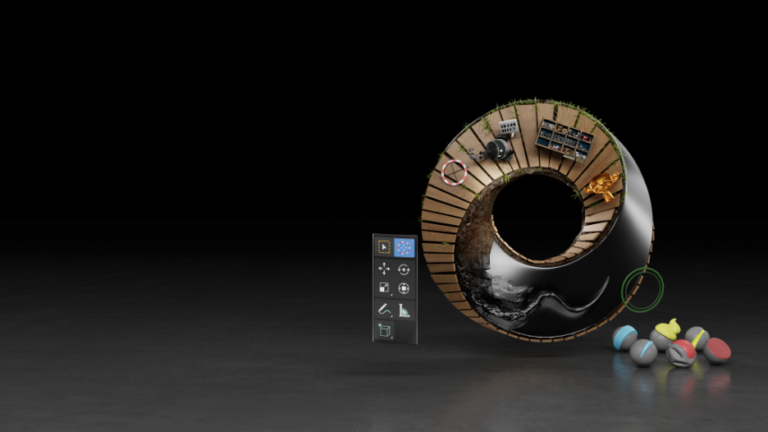 In the SIGGRAPH Special Address, NVIDIA revealed that the upcoming release of Blender 3.0 includes USD support.

In the SIGGRAPH Special Address, NVIDIA revealed that the upcoming release of Blender 3.0 includes USD support.

The USD support in the new release was developed by NVIDIA in close collaboration with Blender Foundation to bring the open standard to Blender artists. In addition, NVIDIA announced a Blender 3.0 alpha USD branch with additional features permitting integration with Omniverse.

Blender is OSS for 3D design and animation that provides a suite of tools supporting the entire 3D pipeline, from modeling and sculpting to animation, simulation, and rendering. Thousands of programmers from around the world contribute to the OSS. Today, Blender is an important part of the 3D ecosystem across disciplines and industries, downloaded over 14 million times in 2020.

NVIDIA Omniverse is a real-time simulation and collaboration platform for 3D production pipelines. The Blender 3.0 alpha USD branch includes additional USD import and export options, as well as Omniverse universal material mapper support, allowing lossless materials exchange between Blender and Omniverse. It will be available for download from the Omniverse Launcher, as well as Blender’s website and GitHub on August 16.

All source code is available for the Blender 3.0 alpha USD branch, so organizations, developers, and studios can customize, build upon, and learn from the newest additions.

Download the NVIDIA Omniverse open beta today and get started with Blender 3.0 USD.

For additional support, check out the developer forum and join the Omniverse Discord server to chat with the community.