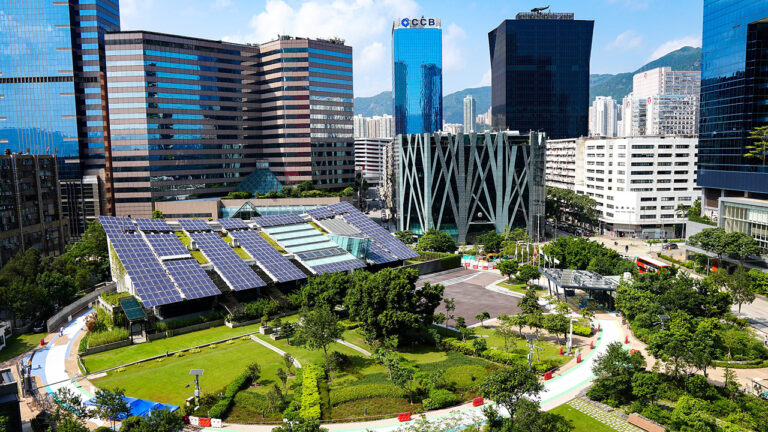 A new AI-mapping tool is helping scientists assess how cities across the globe are using rooftops to combat climate change. Named Roofpedia, the research creates an open-source and scalable map of sustainable rooftops—a promising strategy for climate mitigation. Identifying areas with solar or green installations could help guide urban development, while also boosting community health, prosperity, and the environment.

“By collecting such data, Roofpedia allows us to gauge how cities might further utilize their rooftops to mitigate carbon emissions and how much untapped potential their roofscapes have,” coauthor Filip Biljecki, an assistant professor at the National University of Singapore and principal investigator for the Urban Analytics Lab, said in a press release.

By 2050, an estimated 68% of the world’s population will be living in urban areas. Strategies focused on the well-being of people and the planet remain central to creating healthy and thriving communities in the future. Studies have shown the benefits of sustainable rooftops—most commonly roofs with solar or green space— are plentiful and wide-ranging. Beyond creating an efficient and relatively clean source of energy, they also reduce carbon emissions, add to food production, aid stormwater management, improve air quality, create wildlife habitat, reduce traffic noise, and promote biodiversity.

Accounting for current installations could help planners and developers benchmark spaces, identify new potential areas, gauge the effectiveness of current incentives such as subsidies, and track the progress of environmentally friendly businesses.

Despite the advantages, most research focuses on estimating the potential of these roofscapes, rather than their distribution globally. A lack of data also limits the understanding of current totals, distribution, and global growth.

The team sought out to fill this data gap with the creation of Roofpedia, an open registry of sustainable roofscapes around the world.

The tool was created using high-resolution satellite imagery from Mapbox, with images from 17 diverse cities across Europe, North America, Australia, and Asia. Sampling a range of urban contexts and image conditions, the team hand-labeled some of the satellite images and trained a convolutional neural network to identify and tag roofs with solar, green space, or both.

According to study co-author Abraham Wu, Roofpedia was developed on PyTorch using NVIDIA Docker and an NVIDIA RTX 2060 GPU.

Currently, Las Vegas leads the solar ranking with a score of 86, while Zurich scores high in both solar (81) and green (100), for a combined score of 91.

There are over a million buildings in the current data set and the researchers note that more cities are being added as aerial or satellite imagery becomes available. Final results are rendered on Mapbox, with both the dataset and code available on GitHub.

“We are making this sustainable roofscape inventory available publicly, aiding researchers, practitioners, local governments, and the public to understand the current status of the roofscape in the context of sustainable urban development and achieving carbon neutrality,” the researchers write in the study.