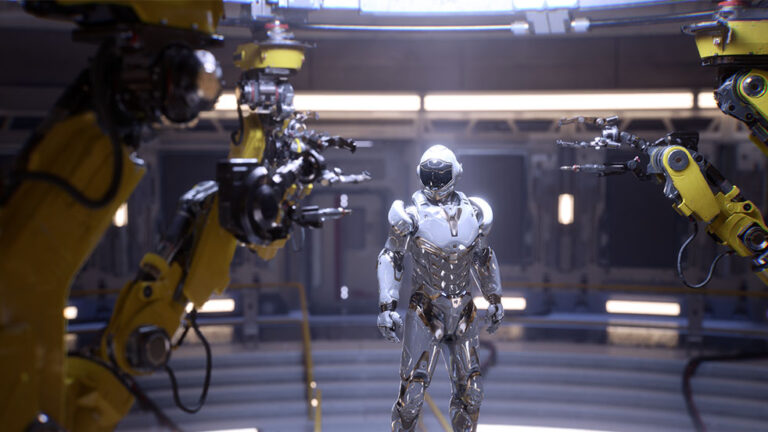 This powerful combination creates an optimal development environment for Android game content. It also brings a richer Android gaming experience to be streamed to a diverse set of mobile devices anywhere.

This brings together breakthrough graphics performance powered by NVIDIA RTX technology, the price performance of AWS Graviton2 processors, and the elastic scaling of the AWS cloud for Android-in-the-Cloud gaming services.

A number of customers are already building cloud game development and gaming platforms on AWS, and are up and running on the new G5g instance.

Initially a simple, fast, developer’s favorite Android emulator, Genymotion has evolved into a full-fledged Android platform, available across multiple channels both in the cloud and on your desktop. NVIDIA has worked closely with Genymobile to accelerate its platform on the G5g instances, improving the performance and density of its solution in the cloud.

now.gg offers a mobile cloud gaming platform that enables game developers to publish games directly to the cloud. By leveraging the power of the new G5g instances, now.gg enables gamers to access and stream high-performance games on mobile devices anywhere without lag or compromising on gaming experience

The company has launched its Anbox Cloud Appliance, a small-scale version of Canonical’s Anbox Cloud, built for rapid prototyping of Android-in-the-Cloud solutions on the new G5g instance. Additionally, AWS Marketplace makes Anbox Cloud readily available with access to a more extensive set of instance types, including support for Arm CPUs and NVIDIA GPUs. Developers can upload their Android apps, configure and virtualize Android devices, and stream graphical output in real time to any web or mobile client. This development environment allows you to unleash your creativity to invent new user experiences.

EC2 G5g instances can also be used to build and deploy high-performance, cost-effective AI-powered applications at scale. Developers can use the NVIDIA Deep Learning Amazon Machine Image on AWS Marketplace. This comes preconfigured with all the necessary NVIDIA drivers, libraries, and dependencies to run Arm-enabled software from the NVIDIA NGC catalog.

Learn more about the G5g instances and get started.