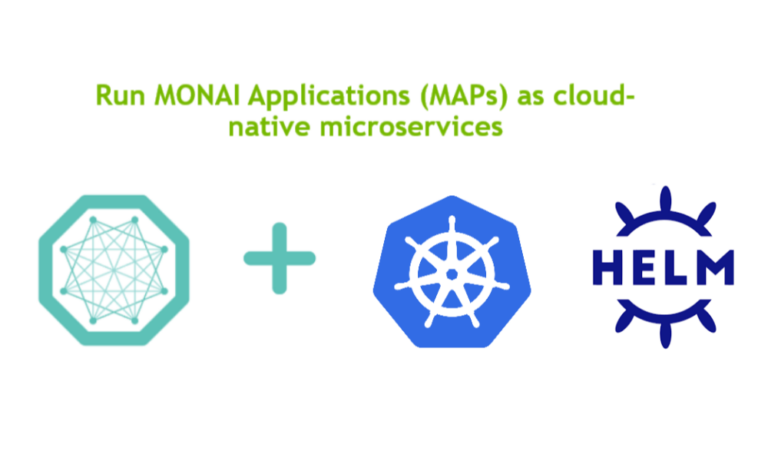 MIS helps expand the end-to-end capabilities of MONAI by integrating with a container orchestration system like Kubernetes. By using the Kubernetes framework, developers can quickly start testing their models. This allows moving the execution from local development to staging environments.

Get started with the new features using the included Jupyter Notebooks:

MONAI Label v0.3 focuses on including multilabel segmentation support with DynUNet and UNETR networks as the base architecture options. It also focuses on enhanced performance with multi-GPU training support to improve scalability and usability improvements that make active learning easier to use.

Check out the new MONAI Deploy tutorials that walk you through creating a MAP using App SDK, deploying the MIS Service, and pushing your MAP to MIS to be run as a cloud-native microservice.

You can find more in-depth information about each release under their respective projects in the Project MONAI GitHub.