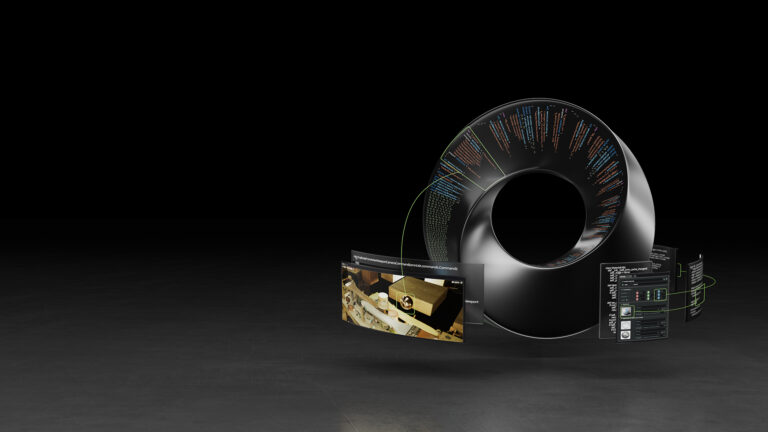 Dive into the Omniverse Code app—an integrated development environment for users to easily build their own Omniverse extensions, apps, or microservices.

It’s now even easier for developers to build advanced tools for 3D design and simulation with Omniverse Code,  a new NVIDIA Omniverse app that serves as an integrated development environment (IDE) for developers and power users.

Get started with Extension Manager

When using Omniverse Code, there’s no need to build from scratch. Developers have access to hundreds of Omniverse Extensions to edit, modify, or integrate into their own extensions or applications.

The platform is extremely modular, easily extensible, and flexible. Users can tease apart extensions, use them as templates, or build feature sets on top of the existing extensions.

Extension Manager is one of the most valuable resources, housing over 200 NVIDIA-developed extensions, all part of the Omniverse Kit SDK.

Developers can leverage the fully interactive Omni.ui documentation. The new feature is integrated directly into the user interface of Omniverse Code, with fully functioning buttons, sliders, and other features within the documentation.

It also exposes documentation code directly so users can copy and paste it as a whole, or modify it as needed. With Omniverse Code, interactive integration is extended across other areas of the platform, so developers can get started faster than ever.

One of the new frameworks for this release of Omniverse Kit is Omni.ui.scene—a new manipulator and scene overlay system—enables users to construct interactive manipulators and control objects within a 3D environment. Developers can get started with a provided collection of standard manipulators or build their own by writing very little Python code.

With the release of Omniverse Kit 103 and Omniverse Code, a new, fully customizable viewport menu serves as a one-click portal into various tools available to developers.

The viewport manipulator is available and programmable in Python, so users can inspect, tweak, modify, or rebuild their own. Developers can also configure multiple viewports individually with unique cameras and renderers, unlocking the ability to preconfigure different vantages instantaneously.

Get more information about these features in this short introductory video.

Get the latest Omniverse news

Join the Omniverse Developer Day at GTC to learn more about the new Code app, and interact directly with the development team.

Watch the GTC keynote, presented by NVIDIA CEO Jensen Huang, on March 22 at 8 am PT, to see the latest technologies driving the future of AI and graphics.

Learn more about Omniverse Code in the upcoming Twitch stream on Wednesday, Feb. 2 at 11 am PT / 8 pm CET.