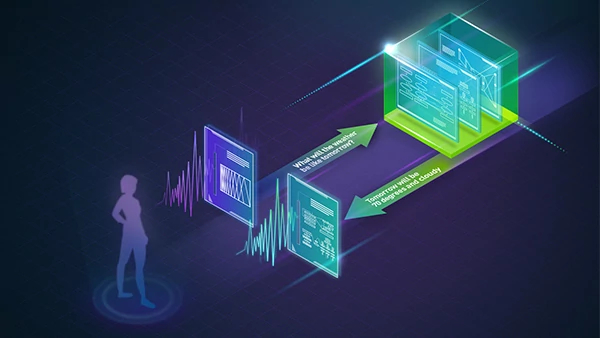 Building an NLP model or AI-powered chatbot? Developers can learn how to create, train and deploy sample models with free NVIDIA DLI courses.

What will you learn?

These instructional DLI courses give developers a taste of how to use modern tools to quickly create conversational AI and NLP GPU-accelerated applications. Learning objectives include:

Upon course completion, developers will be familiar with:

Why is text classification useful?

Text classification answers the question: Which category does this bit of text belong in? For example, if you want to know whether a movie review is positive or negative, you can use two categories to build a sentiment analysis project.

Take this one step further, and classify sentences or documents by topic using several categories. In both use cases, you start with a pre-trained language model and then “train” a classifier using example classified text to create our text classification project.

Granted, text classification is just one of many NLP tasks that uses a pre-trained language model to understand written language. Once developers try NVIDIA TAO Toolkit and NVIDIA Riva to train and deploy text classification projects, they will be in a position to extend that experience to additional NLP tasks, such as named entity recognition (NER) and question answering.

How does the NVIDIA Riva Speech API work?

The Riva Speech API server exposes a simple API for performing speech recognition, speech synthesis, and a variety of NLP inferences. In this course, developers use Python examples to run several of these API calls from within a Riva sample client. The server is prepopulated with ASR, NLP, and TTS models. These built-in models allow developers to test several conversational AI components quickly with ease.