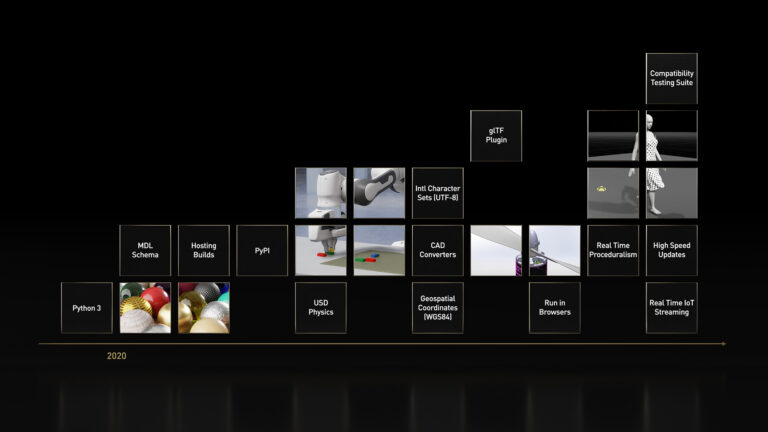 Over the past few decades, the Internet has fundamentally changed the world and set in motion an enormous transformation in the way we consume and share…

Over the past few decades, the Internet has fundamentally changed the world and set in motion an enormous transformation in the way we consume and share information. The transformation is so complete that today, a quality web presence is vital for nearly all businesses, and interacting with the web is central to functioning effectively in the modern world.

The web has evolved from static documents to dynamic applications involving rich interactive media. Yet despite the fact that we live in a 3D world, the web remains overwhelmingly two-dimensional.

Now we find ourselves at the threshold of the web’s next major advancement: the advent of the 3D Internet or metaverse. Instead of linking together 2D pages, the metaverse will link together virtual worlds. Websites will become interconnected 3D spaces akin to the world we live in and experience every day.

Many of these virtual worlds will be digital twins reflecting the real world, linked and synchronized in real time. Others will be designed for entertainment, socializing, gaming, learning, collaboration, or commerce.

No matter what the purpose of any individual site, what will make the entire metaverse a success will be the same thing that has made the 2D web so successful: universal interoperability based on open standards and protocols.

The most fundamental standard needed to create the metaverse is the description of a virtual world. At NVIDIA, we believe the first version of that standard already exists. It is Universal Scene Description (USD) — an open and extensible body of software for describing 3D worlds that was originally developed by Pixar to enable their complex animated film production workflows.

Open sourced in 2015, USD is now being used in a wide range of industries not only in media and entertainment, but also spanning architecture, engineering, design, manufacturing, retail, scientific computing, and robotics, among others.

USD is more than a file format

USD is a scene description: a set of data structures and APIs to create, represent, and modify virtual worlds. The representation is rich. It supports not only the basics of virtual worlds like geometry, cameras, lights, and materials, but also a wide variety of relationships among them, including property inheritance, instancing and specialization.

It includes features necessary for scaling to large data sets like lazy loading and efficient retrieval of time-sampled data. It is tremendously extensible, allowing users to customize data schemas, input and output formats, and methods for finding assets. In short, USD covers the very broad range of requirements that Pixar found necessary to make its feature films.

Layers are probably the single most innovative feature of USD. Conceptually, they have some similarities to layers in Adobe Photoshop: the final composite is the result of combining the effects of all the layers in order. But instead of modifying the pixels of an image like Photoshop layers, USD layers modify the properties of the composed scene. Most importantly, they provide a powerful mechanism for collaboration.

Different users can modify the composed scene on different layers, and their edits will be non-destructive. The stronger layer will win out in the composition, but the data from the weaker layer remains accessible. Beyond direct collaboration, the ability that layers provide to non-destructively modify what others have done enables the kind of composability that has made the traditional web so successful.

NVIDIA believes that USD should serve as the HTML of the metaverse: the declarative specification of the contents of a web site. But just as HTML evolved from the limited static documents of HTML 1 to the dynamic applications of HTML 5, it is clear that USD will need to evolve to meet the needs of the metaverse. To accelerate this evolution, NVIDIA has already made a number of additions to the USD ecosystem:

In the short term, NVIDIA is developing:

In the longer term, NVIDIA is working with partners to fill some of the larger remaining gaps in USD:

Companies across industrial and manufacturing—including Ericsson, Kroger, and Volvo—are adopting USD to enable their 3D virtual worlds and asset projects.

You can access a wealth of USD resources from NVIDIA, available online for free. A good place to start is with NVIDIA’s hub of USD resources. To learn the basics of USD with examples in USDA and Python in a step-by-step web tutorial, sign up for the USD DLI course.

Experimenting with USD is easy with precompiled USD binaries. These Windows/Linux distributions will help you get started developing tools that take advantage of USD or start using USDView from Omniverse Launcher. For Python developers, the easiest way to start reading and writing USD layers is with the usd-core Python Package.

Learn more in the Omniverse Resource Center, which details how developers can build custom USD-based applications and extensions for the platform.

Enter the NVIDIA #ExtendOmniverse contest with an extension created in Omniverse Code for a chance to win an NVIDIA RTX GPU. Join NVIDIA at SIGGRAPH 2022 to learn more about the latest Omniverse announcements and watch the Special Address on demand. And don’t miss the global premiere of the documentary, The Art of Collaboration: NVIDIA, Omniverse, and GTC on August 10 at 10 AM, Pacific time.