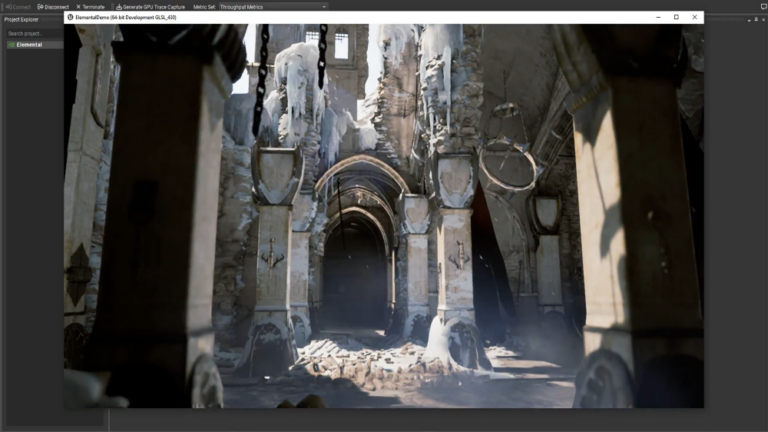 Graphics professionals and researchers have come together at SIGGRAPH 2022 to share their expertise and learn about recent innovations in the computer graphics industry.

NVIDIA Developer Tools is excited to be a part of this year’s event, hosting the hands-on lab Using Nsight to Optimize Ray-Tracing Applications, and announcing new releases for NVIDIA Nsight Systems and NVIDIA Nsight Graphics that are available for download now.

Nsight Systems now supports Vulkan Video, the Vulkan solution for processing hardware-accelerated video files. In previous versions of Nsight Systems, a Vulkan Video workload would not be identified as a subset of the larger queue command it occupied.

With full integration in Nsight Systems 2022.3, Vulkan Video coding ambiguity is removed and the process can be profiled in the timeline.

With the new VK_KHR_graphics_pipeline_library extension, Vulkan applications can now precompile shaders and link them at runtime at a substantially reduced cost. This is a critical feature for shader-heavy applications such as games, making its full support an exciting edition to Nsight Systems 2022.3.

To round out the new version, visual improvements to multi-report viewing have been made for better clarity. For Linux machines, improved counters for the CPU, PMU, and OS make system-wide performance tracing more precise. A host of bug fixes accompany these updates.

Nsight Graphics 2022.4 introduces a robust set of upgrades to its most powerful profiling tools.

In the 2022.4 release, the API inspector has been redesigned. The new design includes an improved display, search functions within API Inspector pages, significantly enhanced constant buffer views, and data export for data persistence and offline comparison.

Watch the updated demonstration video (below) from the Nsight Graphics team to learn about all the new features and improved interface:

Also new to GPU Trace, you can now identify subchannel switches with an event overlay. Subchannel switches occur when the GPU swaps between Compute or Graphics calls in the same hardware queue, causing the GPU to briefly idle. In the interest of performance, it is best to minimize subchannel switches, which can now be identified within the timeline.

The shader profiler summary has also been expanded, with new columns for per-shader register numbers as well as theoretical warp occupancy.

A new version of Nsight Deep Learning Designer is available now. The 2022.2 update features expanded support for importing PyTorch models as well as launching the PyTorch exporter from a virtual environment. Performance improvements have also been made to the Channel Inspector as well as path-finding to reduce overhead.

Get the latest Nsight releases

For even more information, see:

Want to help us build better tools for you? Share your thoughts with the NVIDIA Nsight Graphics Survey that takes less than one minute to complete.