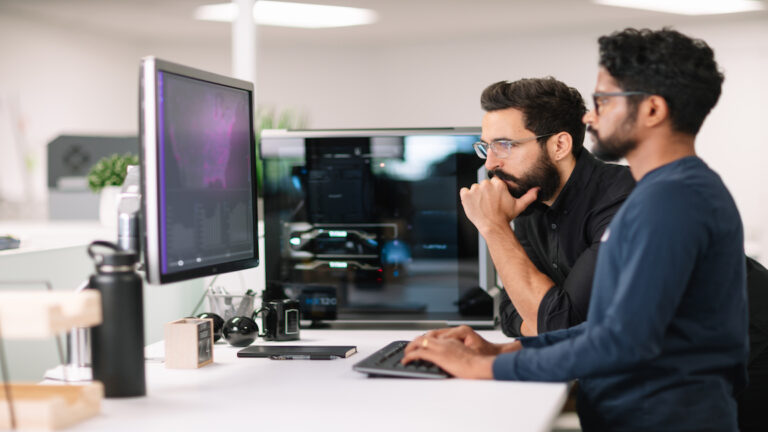 Deploying an application using a microservice architecture has several advantages: easier main system integration, simpler testing, and reusable code components. FastAPI has recently become one of the most popular web frameworks used to develop microservices in Python. FastAPI is much faster than Flask (a commonly used web framework in Python) because it is built over an Asynchronous Server Gateway Interface (ASGI) instead of a Web Server Gateway Interface (WSGI).

Microservices define an architectural and organizational approach to building software applications. One key aspect of microservices is that they are distributed and have loose couplings. Implementing changes is unlikely to break the entire application.

You can also think of an application built with a microservice architecture as being composed of several small, independent services that communicate through application programming interfaces (APIs). Typically, each service is owned by a smaller, self-contained team responsible for implementing changes and updates when necessary.

One of the major benefits of using microservices is that they enable teams to build new components for their applications rapidly. This is vital to remain aligned with ever-changing business needs.

Another benefit is how simple they make it to scale applications on demand. Businesses can accelerate the time-to-market to ensure that they are meeting customer needs constantly.

The difference between microservices and monoliths

Monoliths are another type of software architecture that proposes a more traditional, unified structure for designing software applications. Here are some of the differences.

Think about how a microservice breaks down an application into its core functions. Each function is referred to as a service and performs a single task.

On the other hand, a monolith architecture is tightly coupled and runs as a single service. The downside is that when one process experiences a demand spike, the entire application must be scaled to prevent this process from becoming a bottleneck. There’s also the increased risk of application downtime, as a single process failure affects the whole application.

With a monolithic architecture, it is much more complex to update or add new features to an application as the codebase grows. This limits the room for experimentation.

When to use microservices or monoliths?

These differences do not necessarily mean microservices are better than monoliths. In some instances, it still makes more sense to use a monolith, such as building a small application that will not demand much business logic, superior scalability, or flexibility.

However, machine learning (ML) applications are often complex systems with many moving parts and must be able to scale to meet business demands. Using a microservice architecture for ML applications is usually desirable.

Before I can get into the specifics of the architecture to use for this microservice, there is an important step to go through: model packaging. You can only truly realize the value of an ML model when its predictions can be served to end users. aIn most scenarios, that means going from notebooks to scripts so that you can put your models into production.

In this instance, you convert the scripts to train and make predictions on new instances into a Python package. Packages are an essential part of programming. Without them, most of your development time is wasted rewriting existing code.

To better understand what packages are, it is much easier to start with what scripts are and then introduce modules.

A package may be defined as a collection of related modules. These modules interact with one another in a specific way such that you are enabled to accomplish a task. In Python, packages are typically bundled and distributed through PyPi and they can be installed using pip, a Python package installer.

For this post, bundle the ML model. To follow along with the code, see the kurtispykes/car-evaluation-project GitHub repo.

Figure 1 shows the directory structure for this model.

The package modules include the following:

The model is not optimized for this problem as the main focus of this post is to show how to build a ML application with a microservice architecture.

Now the model is ready to be distributed, but there is an issue. Distributing the package through the PyPi index would mean that it is accessible worldwide. This may be okay for a scenario where there’s no business value in the model. However, this would be a complete disaster in a real business scenario.

Instead of using PyPi to host private packages, you can use a third-party tool like Gemfury. The steps to do this are beyond the scope of this post. For more information, see Installing private Python packages.

Figure 2 shows the privately packaged model in my Gemfury repository. I’ve made this package public for demonstration purposes.

After you have trained and saved your model, you need a way of serving predictions to the end user. REST APIs are a great way to achieve this goal. There are several application architectures you could use to integrate the REST API. Figure 3 shows the embedded architecture that I use in this post.

An embedded architecture refers to a system in which the trained model is embedded into the API and installed as a dependency.

There is a natural trade-off between simplicity and flexibility. The embedded approach is much simpler than other approaches but is less flexible. For example, whenever a model update is made, the entire application would have to be redeployed. If your service were being offered on mobile, then you’d have to release a new version of the software.

Building the API with FastAPI

Nonetheless, here are the dependencies.