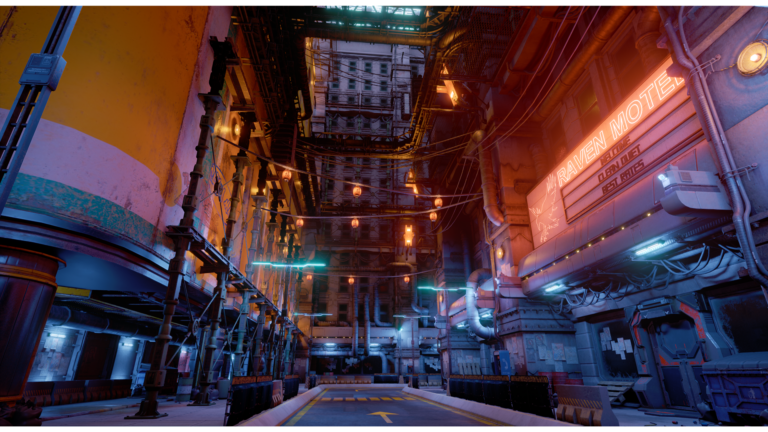 NVIDIA recently announced Ada Lovelace, the next generation of GPUs. Named the NVIDIA GeForce RTX 40 Series, these are the world’s most advanced graphics…

Since the introduction of the GeForce RTX 20 Series, NVIDIA has paved the way for groundbreaking graphics with novel research on how AI can enhance rendering and improve computer games. NVIDIA is also committed to pushing the industry toward real-time photorealism that matches blockbuster cinema. The latest suite of technologies multiply performance in games while accelerating how quickly developers can create content.

A revolution in neural graphics

Information is taken from sequential frames and an optical flow field to generate a new high-quality frame, boosting performance in both GPU– and CPU-bound scenarios. DLSS 3 combines DLSS Frame Generation with DLSS Super Resolution and NVIDIA Reflex low latency technology. It delivers up to 4x improvements in frame rate and up to 2x improvements in latency compared to native resolution rendering.

Take full advantage of the next-generation neural graphics technology to bring next-level performance to your games. You can integrate the Streamline SDK now, to be ready for DLSS 3 when it is publicly available.

Join us for Examining the Latest Deep Learning Models for Real-Time Neural Graphics at GTC 2022 to learn more.

The NVIDIA RTX Path Tracing SDK is a suite of technologies that combines years of best practices within real-time ray tracing and neural graphics development. It will provide new efficiencies during lighting production while offering ultra-quality rendering modes for higher-end GPUs.

Path tracing takes a physics-based approach to how light moves around a scene. Traditionally, artists and engineers raster or ray-trace individual effects such as shadows, reflections, or indirect lighting. The process is iterative and time consuming, as developers have to approximate what the ground truth should look like and wait for the rendering to complete.

The RTX Path Tracing SDK addresses these issues by unifying direct and indirect lighting across various kinds of materials in real time, serving as a ground truth reference to ensure accurate lighting production. This reduction in iteration can save developers time and publishers money, allowing them to focus on creating more photorealistic content.

One of the key components of the SDK is Shader Execution Reordering (SER), a new scheduling system that reorders shading work on-the-fly for better execution efficiency. An NVIDIA API extension, it is useful for ray-traced workloads, as it achieves maximum parallelism and performance from path tracing shaders.

DLSS 3, Direct Illumination (RTXDI), and Real-Time Denoisers (NRD) are other components of the NVIDIA RTX Path Tracing SDK, providing you with the flexibility to mix and match these individual components within your pipeline. Explore the new Path Tracing SDK that ensures the photorealistic lighting produced is true to life in real time.

New graphics primitives built for the future of games

NVIDIA Micro-Mesh is a graphics primitive built from the ground up for real-time path tracing. Displaced Micro-Mesh and Opacity Micro-Map SDKs give developers the tools and sample code for the creation, compression, manipulation, and rendering of micro-meshes. From fossils to crawling creatures to nature, you can express these assets in their full richness.

Games include more detailed geometry than ever before, and in every scene. Developers are looking for solutions to render rasterized or path-traced assets at their full fidelity. These micro-mesh technologies provide highly efficient memory compression and performance boosts for photorealistic complex materials.

Unlike traditional graphics primitives that are inefficient with highly detailed organic surfaces, characters, or volumes, micro-meshes are the only technology built from the ground up for real-time path tracing of a 50x increase in geometry.

In addition, Simplygon at Microsoft, the leader in 3D games content optimization, has integrated Displaced Micro-Mesh. Magnus Isaksson of Simplygon said, “We are very excited to partner with NVIDIA to enable game creators with the Simplygon SDK, to compress super-detailed objects by an order of magnitude unmatched by other solutions. With NVIDIA Displaced Micro-Mesh technology, developers can pursue crafting environments at unprecedented levels of fidelity, density, and variety–immersing players in new stunning and beautiful worlds in games.”

To learn more, visit the Micro-Mesh page. Sign up to be notified of the release of Displaced Micro-Mesh SDK and Opacity Micro-Map SDK.

The NVIDIA game development ecosystem is built to empower the most advanced and stunning work in the industry. Developers can now harness the neural graphics and photoreal revolution of the GeForce RTX 40 Series GPU. NVIDIA Nsight Developer Tools provides unprecedented access to the visual computing processes that enable NVIDIA GPUs to be utilized to their full potential. Nsight tools will launch with new updates for use on GeForce 40 RTX Series GPUs from day one of availability.

Nsight Systems offers a deep analysis of performance markers across CPU-GPU interactions to inform how a game can be fine-tuned for optimizations. With the power of the GeForce RTX 40 Series, developers will be able to identify new performance headroom and implement higher frame rate baselines accordingly.

Nsight Graphics offers a comprehensive set of profiling and debugging tools to ensure scene rendering is performant across the entire pipeline, from acceleration structure composition down to the generation of individual pixels.

Game crashes are frustrating for players and maybe even more frustrating for developers. Nsight Aftermath on the GeForce RTX 40 Series provides precise mini-dumps that pinpoint where and why an exception occurred.

NetEase used Nsight Developer Tools to help them prepare Justice Online, their expansive MMORPG, for the GeForce RTX 40 Series. Dinggen Zhan of NetEase said, “Nsight Systems let us identify new GPU headroom to achieve higher frame performance. Nsight Graphics allowed us to optimize ray-traced lighting and shadows to make Justice even more beautiful. And Nsight Aftermath helped us ensure transitioning into the next generation of NVIDIA GPUs was without a hitch. At NetEase, we are always eager to support cutting edge graphics technology, and Nsight tools enable us to fully realize our ambition.”