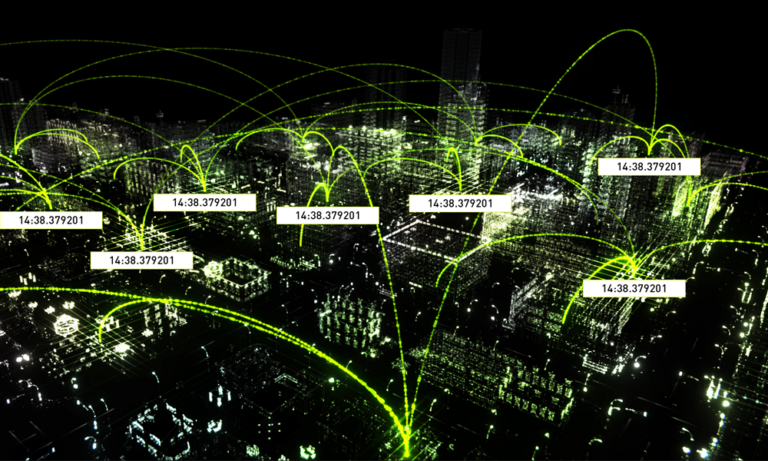 Facebook is open-sourcing the Open Compute Project Time Appliance Project (OCP TAP), which provides very precise time keeping and time synchronization across data centers in a cost-effective manner. The solution includes a Time Card that can turn almost any commercial off-the-shelf (COTS) server into an accurate time appliance, enabled by the NVIDIA ConnectX-6 Dx network card (NICs), with precision timing protocol, to share the precise time keeping with other servers across the data center.

Why Accurate Time Matters in the Data Center

As applications scale-out and IT operations span the globe, keeping data synchronized across different servers within a data center, or different data centers across continents, it becomes more important and more difficult. If a database is distributed, it must track the exact order of events to maintain consistency and show causality. If two people try to buy the same stock, fairness (and compliance) requires knowing with certainty which order arrived first. Likewise when thousands of people post content and millions of users like/laugh/love those posts every hour, Facebook needs to know the actual order in which each post, thumbs up, reply or emoji happened.

One way to keep data synchronized is to have each data center send its updates to the others after each transaction, but this rapidly becomes untenable because the latency between data centers is too high to support millions of events per hour.

A better way is to have each server and data center synchronized to the exact time, within less than a microsecond of each other. This enables each site to keep track of time, and when they share events with other data centers, the ordering of each event is already correct.

The more accurate the time sync, the faster the performance of the applications. A recent test showed that making the timekeeping 80x more precise (making any time discrepancies 80x smaller) made a distributed database run 3x faster — an incredible performance boost on the same server hardware, just from keeping more accurate and more reliable time.

The Role of the NIC and Network in Time Synchronization

The OCP TAP project (and Facebook’s blog post on Open Sourcing the Time Appliance) defines exactly how the Time Card receives and processes time signals from a GPS satellite network, keeps accurate time even when the satellite signal is temporarily unavailable, and shares this accurate time with the time server. But the networking — and the network card used — is also of critical importance.

The NIC in the time appliance must have a time pulse per second (PPS) port to connect to the Time Card. This ensures exact time synchronization between the Time Card and NIC in each Time Server, accurate to within a few nanoseconds. ConnectX-6 Dx is one of the first modern 25/50/100/200 Gb/s NICs to support this. It also filters and checks the incoming PPS signal and maintains time internally using hardware in its ASIC to ensure accuracy and consistency.

Time Appliances with sub-microsecond accurate timing can share that timing with hundreds of regular servers using the network time protocol (NTP) or tens of thousands of servers using the precision time protocol (PTP). Since the network adds latency to the time signal, NTP and PTP timestamp packets to measure the travel time in both directions, factor in jitter and latency, and calculate the correct time on each server (PTP is far more accurate so it is starting to displace NTP).

An alternative is to timestamp with software solutions, but timestamping with software at today’s speed is too unpredictable and inaccurate or even impossible, varying by up to milliseconds due to congestion or CPU distractions. Instead, the ConnectX-6 Dx NIC and BlueField-2 DPU apply hardware timestamps to inbound packets as soon as they arrive and outbound packets right before they hit the network, at speeds up to 100Gb/s. ConnectX-6 Dx can timestamp every packet with less than 4 nanoseconds (4ns) of variance in time stamping precision, even under heavy network loads. Most other time-capable NICs stamp only some packets and show a much greater variance in precision, becoming less precise with their timestamps when network traffic is heavy.

NVIDIA networking delivers the most precise latency measurements available from a commercial NIC, leading to the most accurate time across all the servers, with application time variance typically lower than one microsecond (

Accurate Time Synchronization, for Everyone

The OCP Time Appliance Project makes time keeping precise, accurate, and accessible to any organization.  The Open Time Servers and open management tools from Facebook, NVIDIA, and OCP provide an easy to adopt recipe everyone can use just like a hyperscaler.

NVIDIA provides precision time-capable NICs and data processing units (DPUs) that deliver ultra-precise timestamping and network synchronization features needed for precision timing appliances. If the BlueField DPU is used, it can run the PTP stack on its Arm cores, isolating the time stack from other server software and continuously verifying the accuracy of time within that server and continuously calculating the maximum time error bound across the data center.

Cloud services and databases are already adding new time-based commands and APIs to take advantage of better time servers and time synchronization. Together, this solution enables a new era of more accurate time keeping that can improve the performance of distributed applications and enable new types of solutions in both cloud and enterprise.

Specifics about OCP TAP, including specifications, schematics, mechanics, bill of materials, and source code can be found at www.ocptap.com.