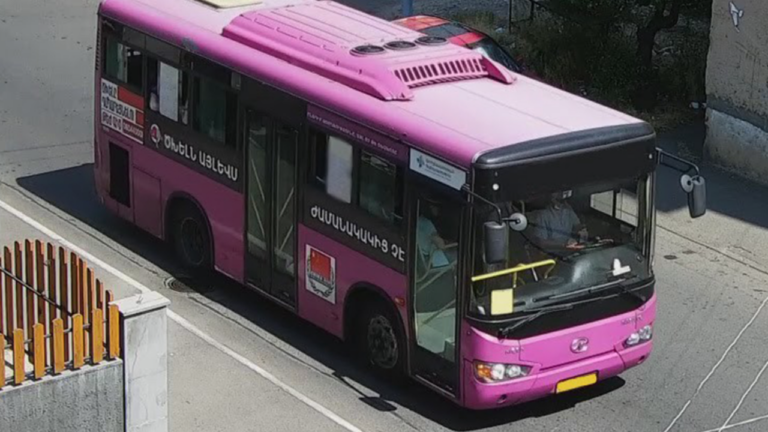 No one likes standing around and waiting for the bus to arrive, especially when you need to be somewhere on time. Wouldn’t it be great if you could predict…

No one likes standing around and waiting for the bus to arrive, especially when you need to be somewhere on time. Wouldn’t it be great if you could predict when the next bus is due to arrive?

At the beginning of this year, Armenian developer Edgar Gomtsyan had some time to spare, and he puzzled over this very question. Rather than waiting for a government entity to implement a solution, or calling the bus dispatchers to try to confirm bus arrival times, he developed his own solution. Based on machine learning, it predicts bus arrival times with a high degree of accuracy.

As it happens, Gomtsyan’s apartment faces the street where a bus stop is located. To track the arrival and departure of buses, he mounted a small security camera on his balcony that uses image recognition software. “Like in any complex problem, to come to an effective solution, the problem was separated into smaller parts,” Gomtsyan said.

His solution uses a Dahua IP camera. For video processing, he initially used Vertex AI which can be used for image and object detection, classification, and other needs. Due to concerns about possible network and electricity issues, he eventually decided to process the video stream details locally using an NVIDIA Jetson Nano. You can access various libraries and trained models in the jetson-inference repo on GitHub.

The Real Time Streaming Protocol (RTSP) connected details from the camera’s video stream to the Jetson Nano. Then, using imagenet for classification and one of the pretrained models in the GitHub repo, Gomtsyan was able to get basic classifications for the stream right away.

For the training geeks in the crowd, things start to get interesting at this point. Using the pretrained model, Gomtsyan used his setup to take a screenshot from the video stream every time it detected a bus. His first model was ready with around 100 pictures.

But, as Gomtsyan admits, “To say that things were perfect at first would be wrong.” It became obvious to him that he needed more pictures to increase the precision of the model output. Once he had 300 pictures, “the system got better and better,” he said.

When he first shared the results of this project, his model had been trained with more than 1,300 pictures, and it detects both arriving and departing buses—even in different weather conditions. He was also able to distinguish between scheduled buses from buses that happened to arrive randomly. His model now includes three classes of image detection: an arriving bus, background (everything that is not a scheduled bus), and a departing bus.

As an example, if an ‘arriving bus’ class prediction is greater than or equal to 92% for 15 frames, then it records the arrival time to a local CSV file.

To improve the data collected, his system takes a screenshot from the stream every time it detects a bus. This helps with both future model retraining and finding false-positive detections.

Further, to overcome the limitations of storing the CSV file data locally, Gomtsyan opted to store the data in BigQuery using the Google IoT service. As he notes, storing the data in the cloud “gives a more flexible and sustainable solution that will cater to future enhancements.”

He used the information collected to create a model that will predict when the next bus will arrive using the Vertex AI regression service. Gomtsyan recommends watching the video below to learn how to set up the model.

With a working model up and running, Gomtsyan needed an interface to let him know when the next bus should arrive. Rather than a website, he opted to use an IoT-based voice assistant. He originally planned to use Google Assistant for this purpose, but it was more challenging than expected. He instead used Alexa Skill, which is Amazon’s voice assistant tool. He created an Alexa Skill which queries respective cloud functions based on commands spoken to an Alexa speaker in his apartment.

And while the predictions aren’t perfect, Gomtsyan has ideas for future enhancements that could help to improve the accuracy of the predicted bus arrival times, including traffic congestion data along the bus route. He is also considering using solar panels to power the system and make it autonomous, and introducing DevOps practices.

Gomtsyan developed this project to learn and challenge himself. Using his project documentation, other developers can replicate—and perhaps improve upon—his work. In the end, he hopes this bus prediction project will encourage others to pursue their ideas, “no matter how crazy, hard, or impossible they sound.”

More information about this project is available in Gomtsyan’s bus_prediction GitHub repo and in his article, How I Used Vertex AI and NVIDIA Jetson Nano to Catch a Bus. You can also reach out directly to the developer through his LinkedIn profile.