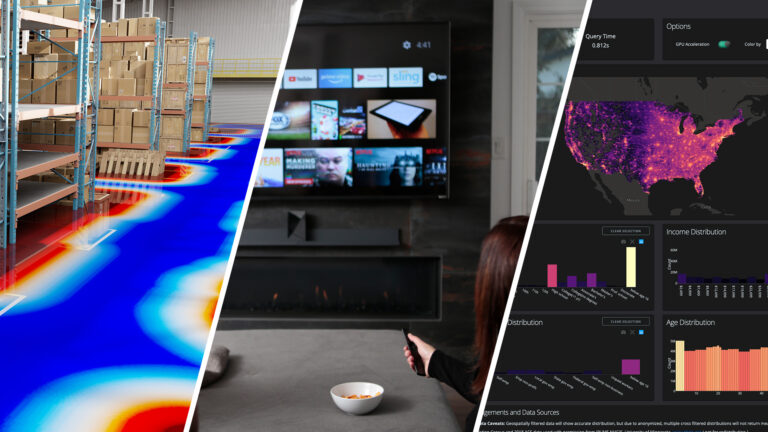 At GTC 2022, NVIDIA revealed major updates to its suite of NVIDIA AI software for developers. The updates accelerate computing in several areas, such as machine…

At GTC 2022, NVIDIA revealed major updates to its suite of NVIDIA AI software for developers. The updates accelerate computing in several areas, such as machine learning research with NVIDIA JAX, AI imaging and computer vision with NVIDIA CV-CUDA, and data science workloads with RAPIDS.

To learn about the latest SDK advancements from NVIDIA, watch the keynote from CEO Jensen Huang.

A ready-to-use JAX container will be available during Q4’2022 in early access. Apply now for early access to JAX and get notified when it is available.

Add this GTC session to your calendar:

NVIDIA announced key updates to NVIDIA Triton, open-source, inference-serving software bringing fast and scalable AI to every application in production. Over 50 features were added in the last 12 months.

Kick-start your NVIDIA Triton journey with immediate, short-term access in NVIDIA LaunchPad without setting up your own environment.

You can also download NVIDIA Triton from the NGC catalog, access code and documentation on the /triton-inference-server GitHub repo, and get enterprise-grade support.

For more information about the latest release, download and try NVIDIA RAPIDS.

New capabilities of the NVIDIA RAPIDS accelerator for Apache Spark 3.x were announced at GTC 2022. The new capabilities bring an unprecedented level of transparency to help you speed up your Apache Spark DataFrame and SQL operations on NVIDIA GPUs, with no code changes and without leaving the Apache Spark environment. Version 22.10 will be available mid-October.

The new capabilities of this release further the mission of accelerating your existing Apache Spark workloads, no matter where you run them.

For more information about the latest release, download and try NVIDIA RAPIDS Accelerator for Apache Spark

For more information about NVIDIA AI-accelerated PyTorch Geometric and DGL and its availability, see the GNN Frameworks page.

At GTC 2022, NVIDIA announced the latest version of the NVIDIA cuQuantum SDK for accelerating quantum circuit simulation. cuQuantum enables the quantum computing ecosystem to solve problems at the scale of future quantum advantage, enabling the development of algorithms and the design and validation of quantum hardware.

NVIDIA also announced ecosystem updates for NVIDIA QODA, an open, QPU-agnostic platform for hybrid quantum-classical computing. This hybrid, quantum/classical programming model is interoperable with today’s most important scientific computing applications. We are opening up the programming of quantum computers to a massive new class of domain scientists and researchers.